This year for Good Friday, Stephen wanted to try to have a Tenebrae service. Tenebrae means "darkness" in Latin. There are several different ways to do it, but mostly it is characterized by gradual extinguishing of candles, and by a loud noise taking place in total darkness near the end of the service. We were late in getting candleholders, so we kind of had a haphazard collection of 15 candles in which different people in our congregation read about the last few hours of Jesus' life, followed by the blowing out of one of the candles. Stephen lead the music from a different room, so you could hear him, but not see him which helped give it a different mood as well. Stephen focused on songs that talked about Jesus' suffering, but not necessarily his resurrection. At the end of the service, Stephen hit a cymbal, and everyone left the dark church focused on what price Jesus paid for us. It was definitely a different experience, but I think it went well. 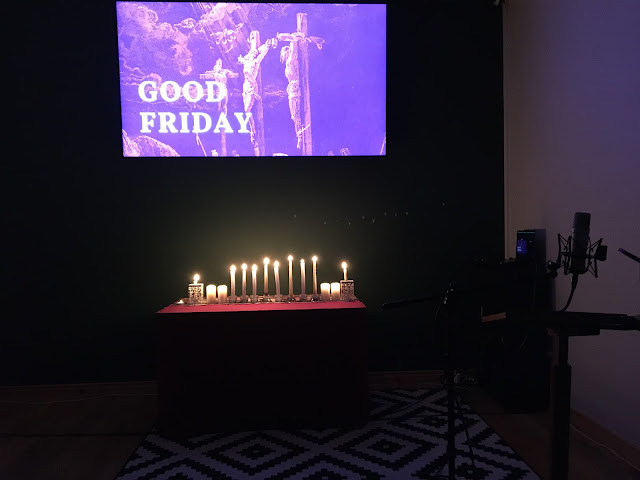 In order for it to actually be dark at the end of the service (the sun doesn't set until 9pm currently), we had to cover our big windows at the front of the church. Tiffanie and I worked at taping aluminum foil on the window. It took almost an hour and a half, and used just a bit more than one roll of foil (I was thinking it would take a lot more). It got it to where it was definitely more dark than what it was outside. I thought our church looked like something from space from the outside. 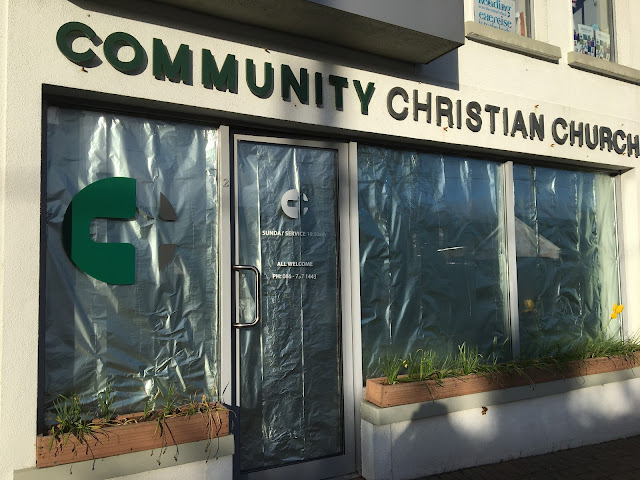