On 13th of March, we were very thankful to have a church carry-in meal again. We had not had a church meal together since our outdoor pizza party in September and a carry in meal ages before that.

We ran into one small problem during this meal.... we ran out of plates! This has never happened before! Also, space around tables was limited, the poor kids didn't have enough space at the kid's table. We know our church has grown, but this really showed how many more people are there now than before. Thank God for this! We even had a few people missing who would have been there usually.

We asked people to bring a dish that represents where they are from. It was fun to see and try the different types of food. Stephen and I were at a loss at first for what to bring. Stephen ended up making Runzas (minced beef, cabbage and cheese wrapped in bread dough and baked). I made Kringle which I just thought was a normal desert everyone had heard of, not knowing it was a special Wisconsin/Danish thing. I made pecan Kringle. Here are the links for the recipes we used. Runza

Kringle (This turned out ok, but you have to watch the recipe as it was not written the best, also, I would have skipped the egg wash as they turned way too brown). 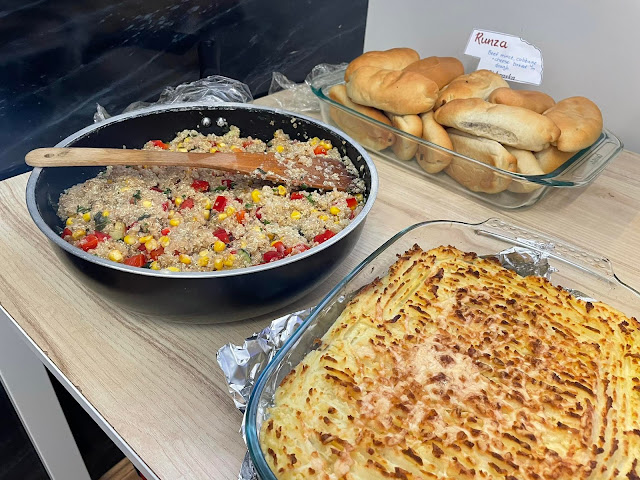 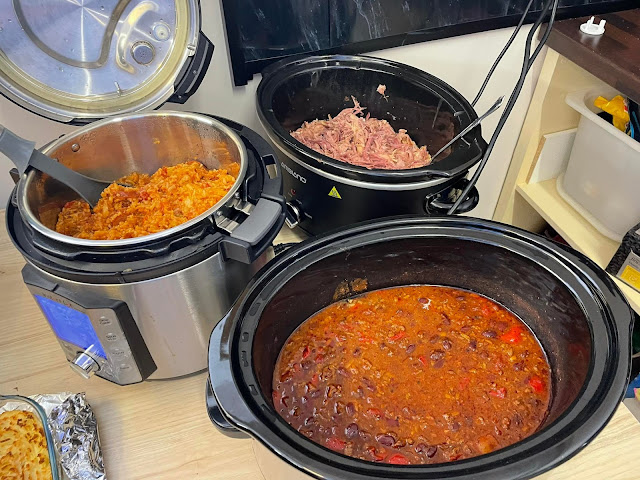 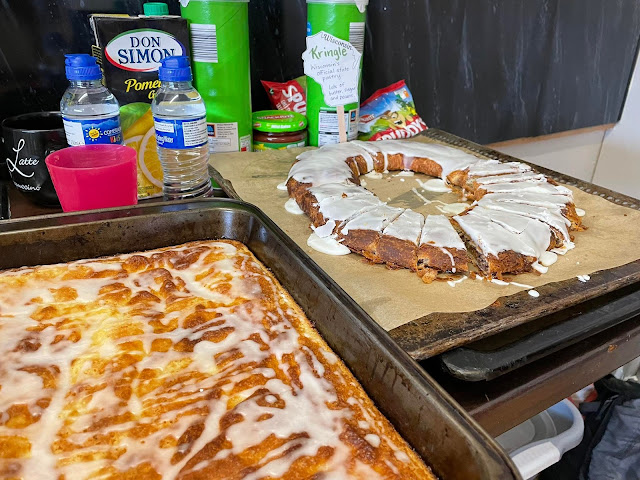 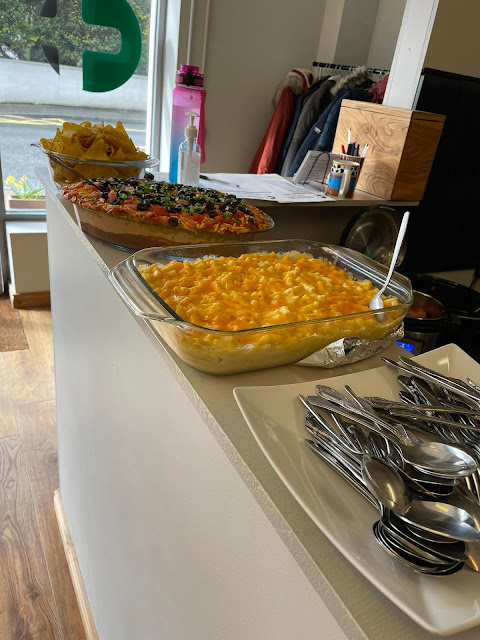 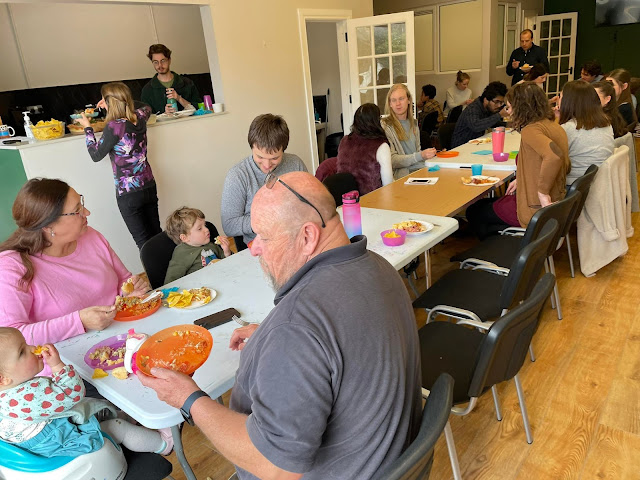 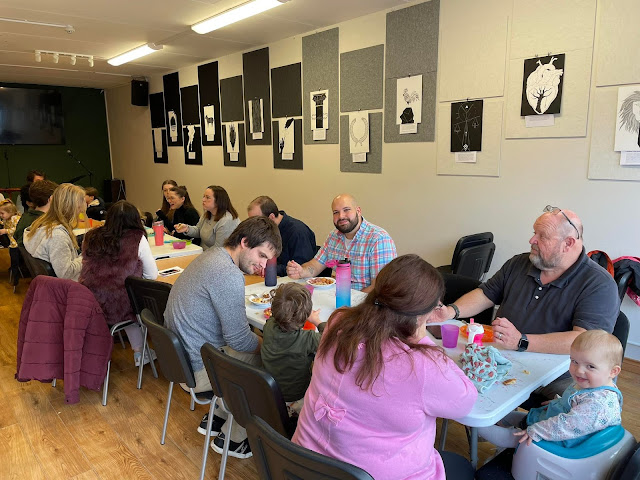 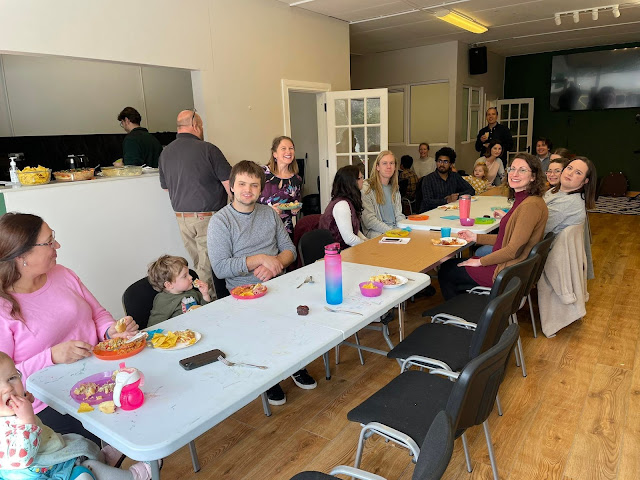 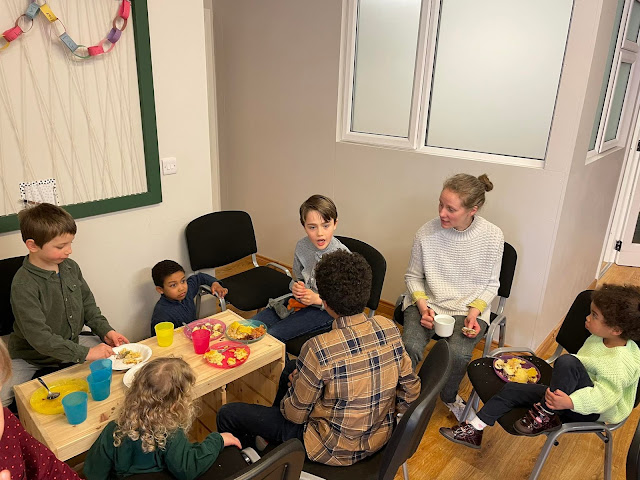 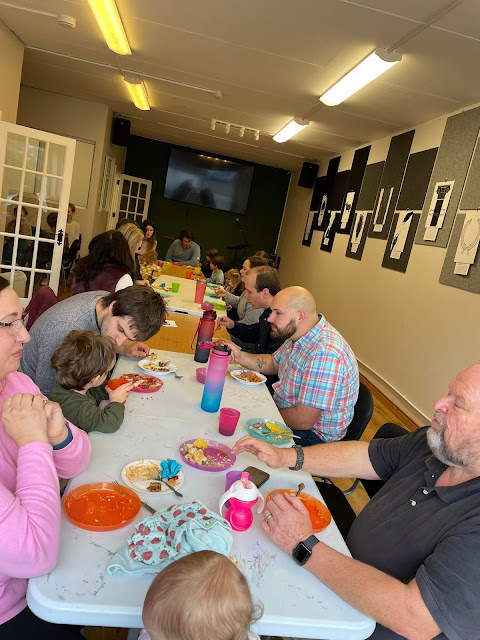