Many of you probably have heard by now, that Stephen's Grandpa Walton passed away last week.

Last week, Stephen’s grandpa, Bill Walton passed away. He had been sick for some time and even though he fought, his body just couldn’t take it anymore. I am glad to know he is not suffering anymore, but is face to face with his Saviour, Jesus. The Saviour he worshipped every day with his heart, mind, soul, and strength.

To those who didn’t know him, he was truly an inspiration. He was a preacher, a professor, a counselor, a husband, father, grandfather, great grandfather. He was a joy to be around. To anyone who was needing help, or needing grace, he gave freely.

Even though we are happy to know he is with Jesus, we miss him greatly. It’s even harder feeling very stuck in Ireland right now as we are not free to fly home when we need. Thanks for keeping us in your prayers and for all of your kind words.
Here is what Stephen said about his grandpa in a recent post:

I have delayed writing anything about my Grandpa since his death on Friday mostly because I didn’t know what to say. It’s not that I didn’t have anything to say but more because I could probably write a book. What do you say about someone who meant so much to you and accomplished so much in his 85 years? He was my Grandpa but he was also my friend and my hero. For those of you who knew him and especially for those who didn’t I hope this story helps you to understand the kind of man he was.
In Moberly, the traffic lights at Hwy 24 and Morley always turned from red to green as you approached them at 2am. I know this because I made the trip often from the college dorms to my Grandparents house where I was living for the summer. As I approached the lights I didn’t slow down because I knew they would change. They didn’t. I blew through a red light as if it wasn’t there. The next thing I know I saw another red light along with a blue one and they were flashing behind me. I knew I was in trouble and without excuse. The officer approached the car and took my license. As he did he saw that my last name was Walton. He asked me, “Are you any relation to Bill Walton?” I confessed that he was in fact my Grandfather and that I was actually on my way to his house. The officer didn’t go back to his car but instead spent the next 10 minutes recounting how much he respected my Grandpa and how over the years he had seen my grandpa help so many people who were in trouble or on their last ropes. He told me about the many times he had met my grandpa at the police station as he was there to council someone, to mediate a situation, or to speak on someones behalf. This is the kind of person my Grandpa was. He cared equally for all people. He never sought accolades nor did he find his identity in education (though he taught for over 40 years). He was profoundly changed by Jesus and lived a quiet life of loving God and loving others. I left that night profoundly proud of my Grandpa and thankfully without a ticket. Well done good and faithful servant, enjoy the celebration!
“Pure and genuine religion in the sight of God the Father means caring for orphans and widows in their distress and refusing to let the world corrupt you.” - James 1:27 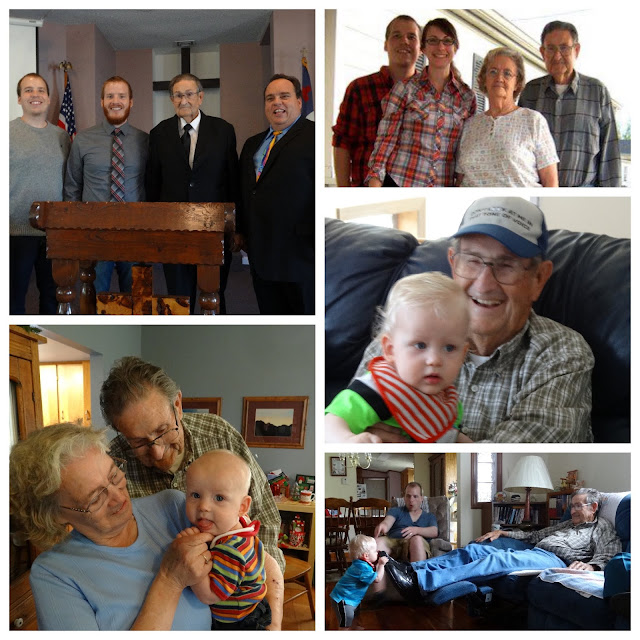 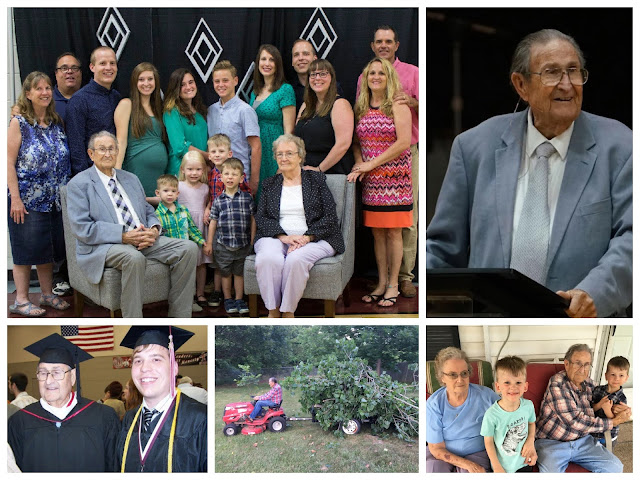