For years Stephen and I had heard about this conference for Christian Church missionaries in Europe (and elsewhere) called the Mid-Winter Rally. We had always thought about going, but Christmas is such a busy time, we never actually planned on it. Until we heard the rally was going to be in Italy! It also helped that Tiffanie and Luke were planning the conference this year.

So a couple days after Christmas we took off for Italy. We landed in Pisa and took a train to Florence. Then we took a short train ride outside of Florence and we waited for more than an hour for a bus we weren't sure was actually going to come along a busy road to take us up a mountain to the retreat centre. We made it! Stephen was leading the music and we got there just in time on the first night for Stephen to pick up the guitar and start. We stayed there for 4 days. Elisha and Silas were looked after by a group that came over from Ozark Christian College. The speaker was a church planter in the States who was very encouraging and convicting. Stephen and I felt it was so good. We also broke up into small groups where we were able to discuss different questions and share what was going on in our lives and ministries. It is so freeing to be able to talk to different missionaries as we all go though similar experiences. We were able to ring in the New Year there. Stephen and I went outside and watched fireworks being lit all over the Tuscan Valley. It was really special to be at that place at that time.

After that we went to spend a couple days in Florence. Other than children complaining about having to walk (when they would gladly run for miles and miles!), we had a spectacular time. We were able to go and catch the view of the whole city. The weather was cold in the mornings and evenings, but we were able to have sunshine all the time, which feels quite luxurious coming from an Irish winter. We also loved our air B&B we stayed in which was conveniently near an excellent pizza place. 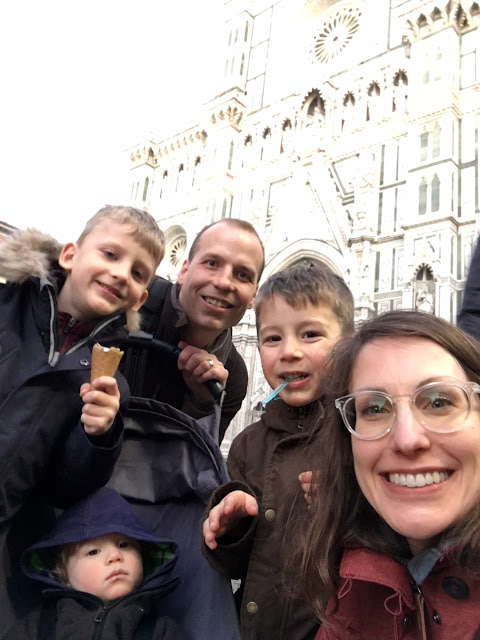 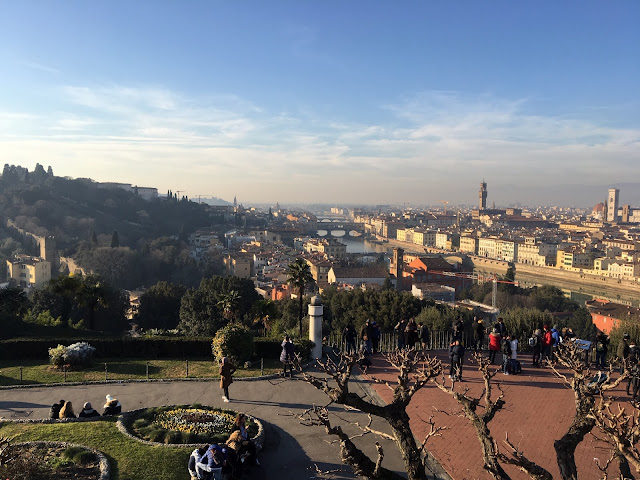 After Florence we traveled to Pisa by train to see the leaning tower (which the boys were constantly asking when we were going to see it ever since we first arrived in Italy). We had a lot of fun taking these pictures, which you just have to do. 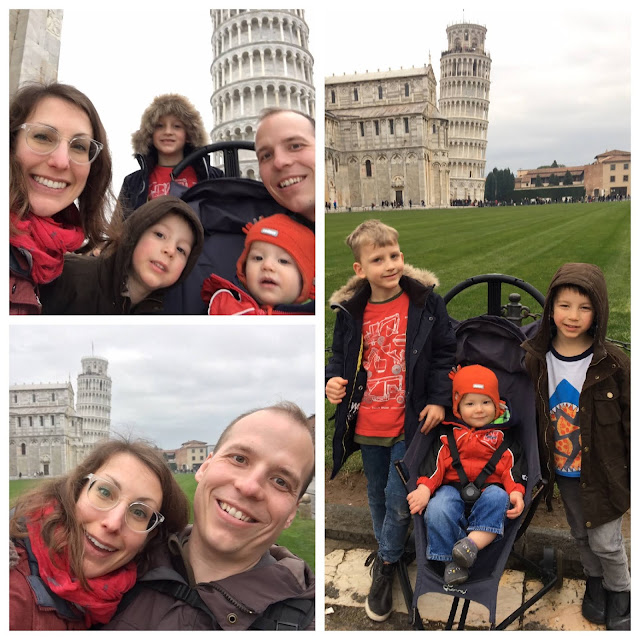 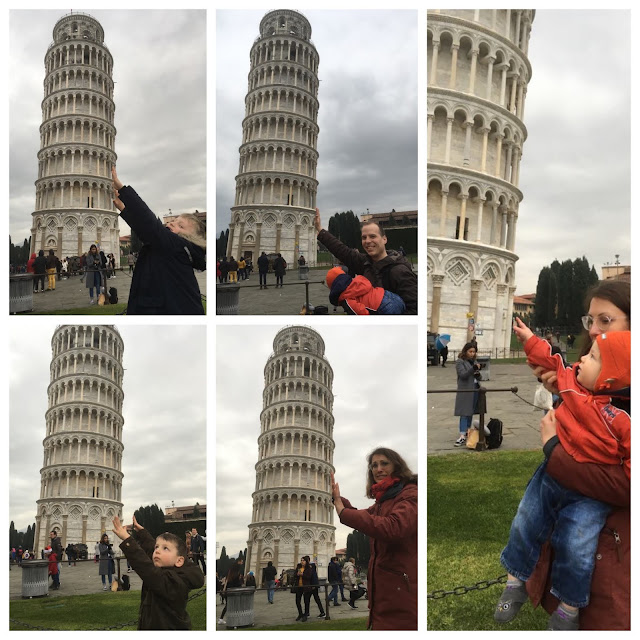 We had a friend in Ireland tell us we needed to visit the city of Lucca and I am so glad they recommended it as it was one of my favourite days. It was a 25 minute train ride away from Pisa. It is an old city with it's city walls still intact. They made it so you could ride bikes all around it. We ended up renting this bike and had a blast. I could not stop laughing and the boys could not stop honking horns and ringing bells. We had so much fun. It was just a nice cute little city that was fun exploring. Elisha and Silas also decided they wanted to try octopus in a local grocery store, and thankfully the lady behind the deli gave them each a piece for free. Elisha said it tasted like the sea. Silas said it tasted like broccoli. We were afraid at one point Silas was not going to keep it down, but he did! 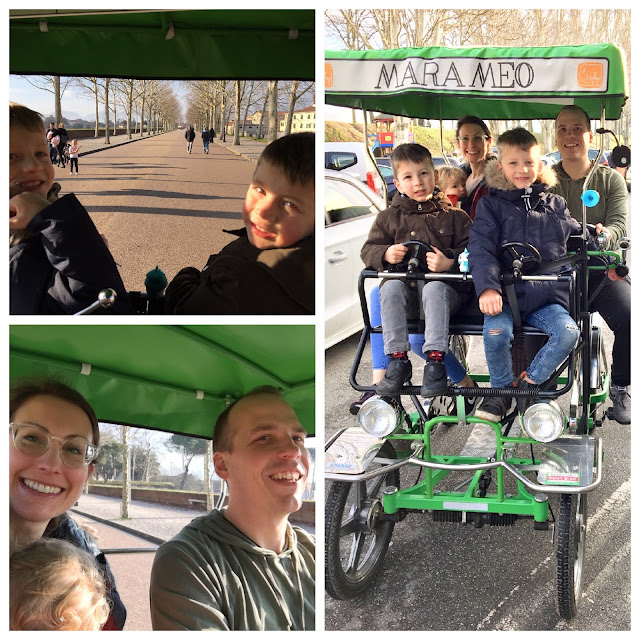 It was a Sunday on our last full day in Pisa. We decided to find the Church of Christ. So we met with the small church there and worshipped with them. It was interesting to see how they did things. We also found a playground, to our children's delight, and continued to eat more pasta, pizza, cappuccinos, and gelato.

We had a wonderful time, but sadly Andrew got sick the last night we were there and continued to have a bad fever on the plane ride back. He got over the fever after a couple days, but has continually stayed sick for this whole month. All of us have continually come down with colds and flus.

In any case, we really enjoyed our time away. It was much needed as we were so incredibly busy this past December.
Email Post
Labels: Conference Florence Italy Lucca Mid-Winter Rally missionaries Pisa