We had our second Girl's Day of the summer at the very end of July. We had a smaller group this time, but it was nice as I felt I was able to get to know them better as there was less commotion.

Sickness had hit the kids in our house, so we decided to move the event to the church last minute.

Our intern, Maddie, really helped put the event together by organising a craft and different fun games.

At first we did face masks. I had mixed some Greek yogurt with some honey and a dash of cinnamon. It was fun to see the girls with it on their faces, and it was kinda yummy to eat too. We cut up some cucumbers for our eyes! 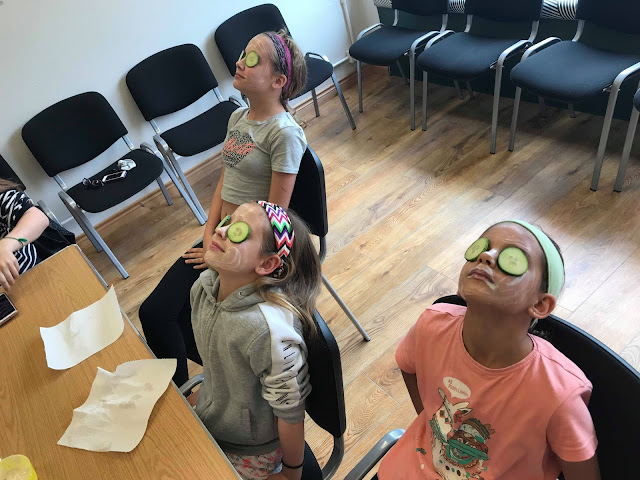 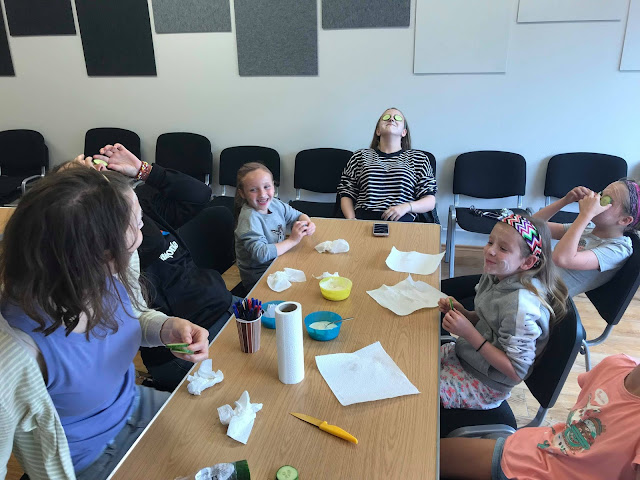 After the face masks we played some games. Maddie had thought of several fun ones and everyone enjoyed playing.

We made friendship bracelets this time! Some of the girls took to it right away and had the perseverance to get through. For a few others, this craft was not their thing at all. For the most part I think everyone enjoyed it. It was a little difficult for some as they had never done it before, but everyones turned out looking nice. 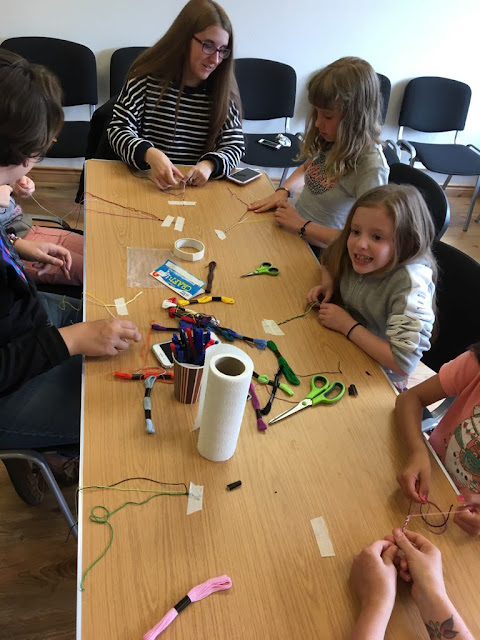 We played a few more games and then had ice cream sundaes. The girls had fun putting different flavour combinations together. One girl let hers melt and melt. I wondered if she would actually ever eat it as she was waiting so long, but she eventually did. Just funny to see their different temperaments  shine through. 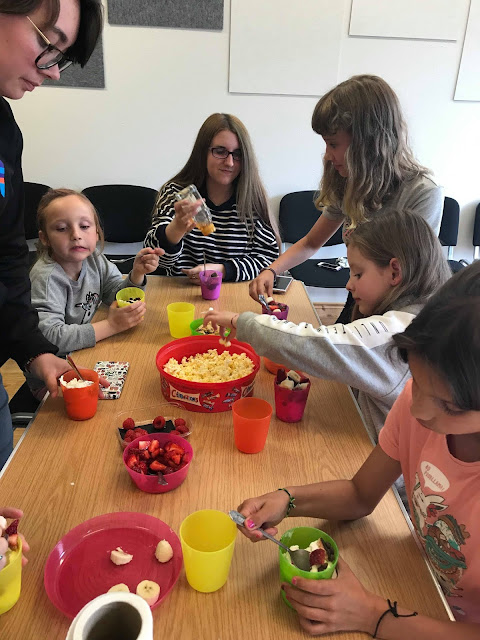 I am really enjoying getting to know these girls better and I hope this will help Tiffanie and I to connect with them spiritually as well.