In an effort to get to know the girls of our church better, I had the idea to have a girls' day where we could play games, have a bit of fun and just spend time together. During these summer months the girls' schedule is more open which is helping us to plan little get togethers.

When they arrived we painted nails. A few of the younger ones needed help and thankfully there were enough adults to help. 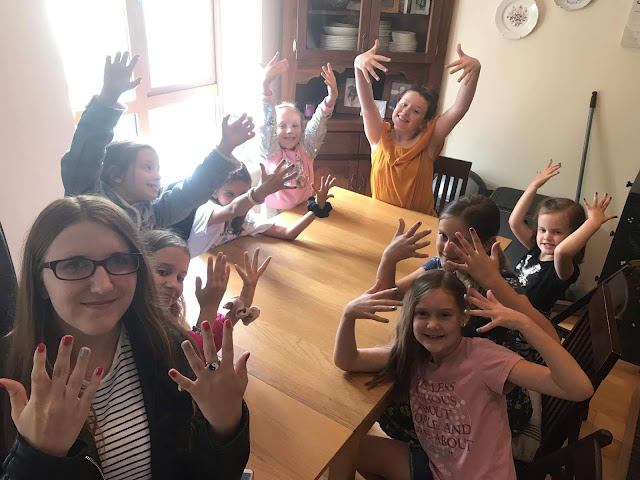 As nails were drying we played "two truths and and lie" to try get to know each other better. It was funny because some people only told all truths! Then we were just confused on what was true and what wasn't.

Then we did a craft of shrinky dinks. One of our interns had made them a lot as a child and was excited to try them again. The girls decorated plastic cups with Sharpie markers and then we baked them in the oven. It took awhile to figure out the right temperature/flattening method, but they were cool once we got it. Sadly, we didn't get a picture of the finished product! The girls were sweet and at first thought the whole craft was just decorating plastic cups. 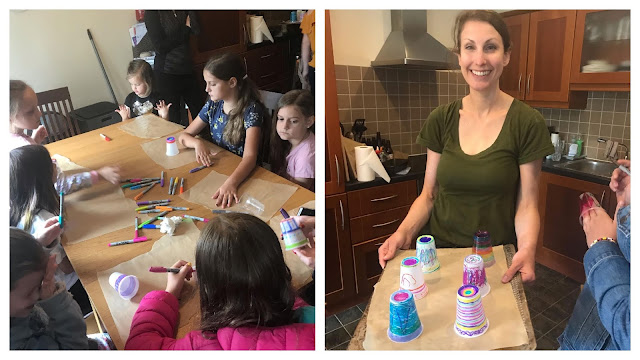 As we were finishing up the craft, one of our interns started a few games with the girls. They were all very enthusiastic. You can only imagine the decibel levels. 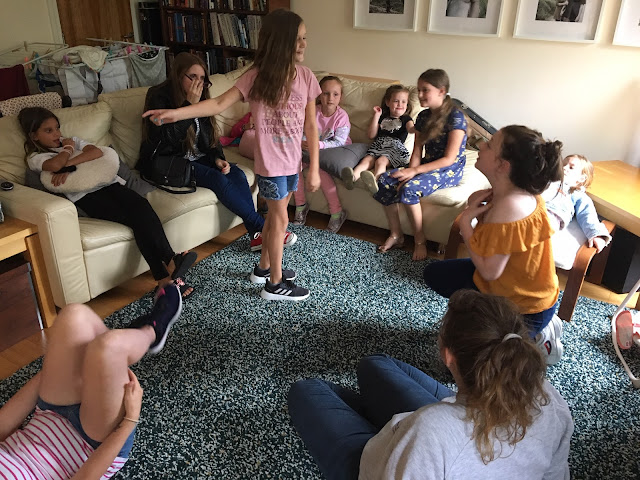 Then we had our snack of make your own fruit pizzas, popcorn, and rice cakes. One of the girls is gluten free, so I worked hard researching how to make gluten free sugar cookies. They actually turned out! At first I thought I had gotten too much to eat, but the way the girls ate, I was glad I had gotten that amount! 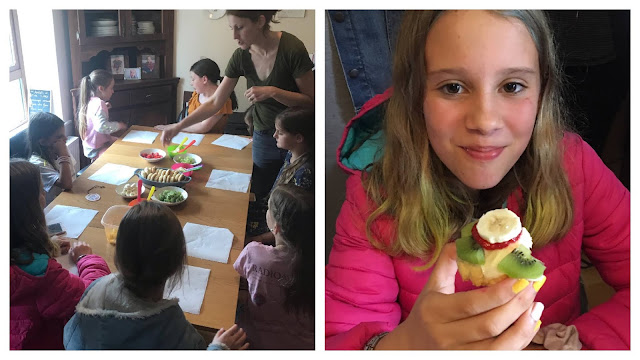 After a few more games, our day was over. It was really fun to interact with all of the girls and I think they really enjoyed spending the day together. It was great to have the help of our interns to plan the day. I look forward to more of these days in the future.