On the 27th of April my Grandma Verona passed away. She was 99 years (and 7 months!) old. My mother had been taking care of her in my family home for the last 5 and a half years. 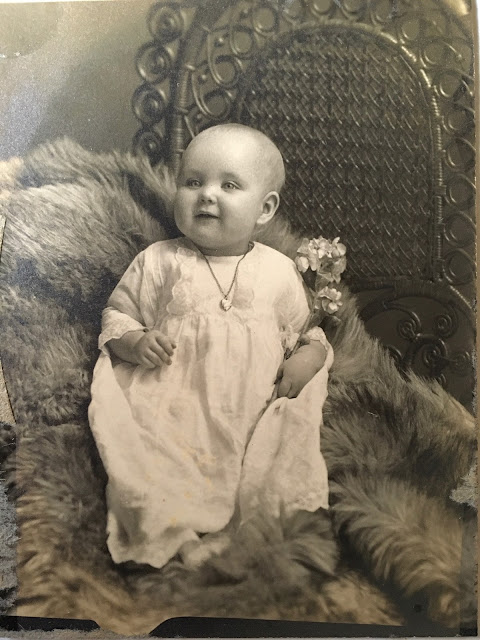 My grandmother's health had been declining steadily, but, remarkably, she kept hanging in there. Sometimes her heartbeat was down to 30 or even 24 beats per minute. This lasted for months though! In fact, a year and a half ago, some of you may remember we had gotten news from the doctor that she would only have two weeks to live. She was always amazing us.

Grandma had an incredible will to live. As she became more repetitive in her later years one of the phrases she would commonly say is "Don't let me die".

I am so thankful my mom took such great care of Grandma. The day before she passed she called hospice. Grandma only needed to take medicine the night before she died to help with some congestion. The next evening when she passed, she wasn't on any medication at all. Not even Tylenol. I am very thankful she wasn't in pain. My mom was very in-tune to what Grandma needed and I am amazed at how she could sense when she was so close to the end.

She wasn't alone either. My mom, Dad, brother and sister in law were there with her.


I am very thankful Andrew and I had the opportunity to go to her funeral (you may read her obituary here). It was a beautiful reflection of her life. I was really proud of my mom as she spoke of her mother's life. It was beautiful to hear. My grandma also really loved the song "Abide with Me" and would frequently have my mom sing it to her. This version was played at her funeral.

When someone so constant in your life passes, it's hard to believe they are gone. It was really different coming home and not seeing her. Not seeing her beautiful blue eyes or her super white hair. Not hearing her talk.  She was my last grandparent. I have no more. I am convinced though, that God's timing is best and that he knew when Grandma was ready. I look forward to seeing my grandma again someday.
Email Post
Labels: funeral Grandma Grandmother Jesus