On Christmas morning we read the Christmas story and then opened gifts as a family while cinnamon rolls were baking. It was a special Christmas as this was Andrew's first. It was so nice to snuggle a little newborn on Christmas morning while watching Elisha and Silas get so excited about their gifts. In fact, the one gift that Elisha squealed over was socks! He hasn't learned yet that those are the kind of gifts that kids usually dread. 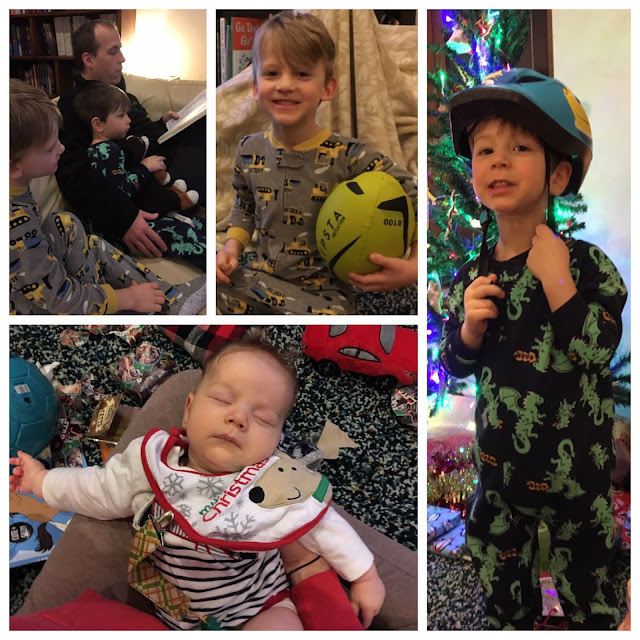 After breakfast Elisha and Silas played while Stephen and I started preparing Christmas dinner and tidying up for our guests coming over in the evening. We had people over last year and it was a really relaxing way to do it. I think with a new baby this year, things were more challenging than relaxing, but we eventually got it all ready (even if we were about an hour late for dinner...whoops!). Thankfully Elisha and Silas both played so well together without hardly a fight (unusual for them) so they were easy to care for. 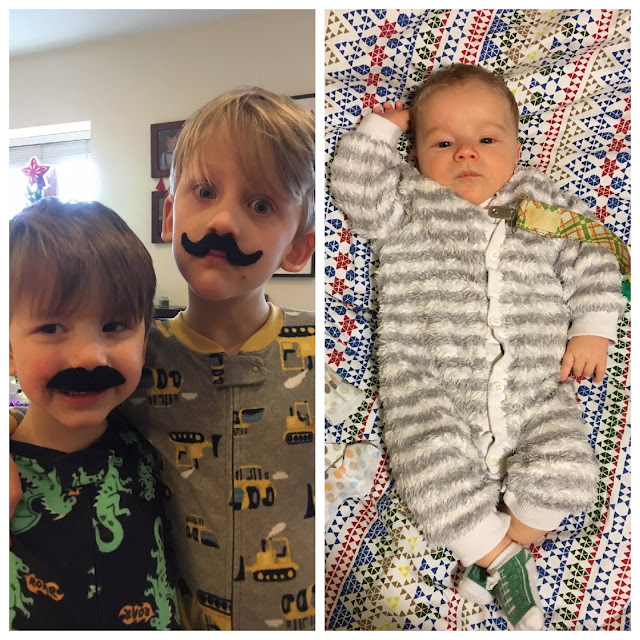 We had 7 people over (eleven total) from our church family. Most of this group does not have family in the area, so we were glad to have their company. We ate dinner that consisted of ham, cheesy potatoes, green bean casserole, homemade bread, and sweet potato casserole. Then we all exchanged gifts together. Our friends are so generous! Around the time we were exchanging gifts, Andrew fell asleep and I put him to bed around 9pm. After this for dessert we had chocolate fondue that we dipped different fruits and marshmallows in. It was a lot of fun and tasty. Elisha and Silas stayed up waaaay past their bedtime and went to bed at 10:30! I have to say, they were in good moods pretty much all day! 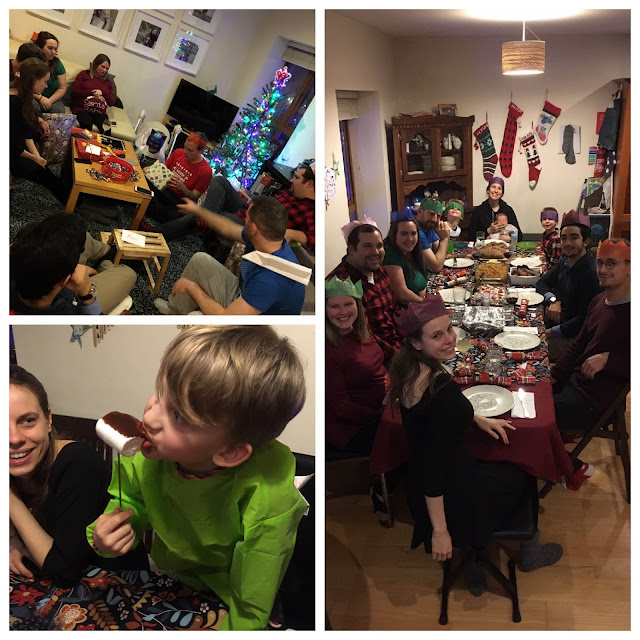 After the kids were in bed, we were going to play games, but we all felt really tired. Stephen got the idea to play Jenga which was perfect as you didn't have to think too hard about it. One of the guys kept on twisting it around which made it a lot more challenging and fun. We stayed up waaay too late, but it was a nice change for me as I usually go to bed soon after the kids as to not be a total zombie the next day. It was nice to do something fun in the evening.