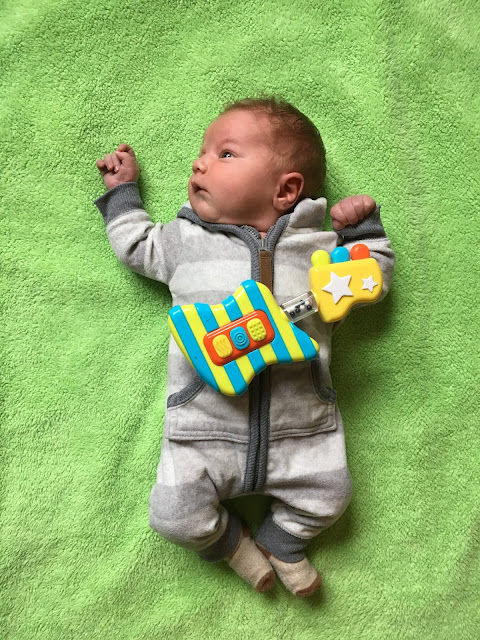 My due date came and went on the 18th of October. Yet from that day on, I had a few extra contractions at times during each day, but they never seemed to amount to anything. The first day or two this was encouraging, but after that, it just became frustrating as I wasn't sure if it would actually amount to anything.

Five days after my due date I had a doctor's appointment. I was really hoping to go into labor before this as I knew that they would want to schedule an induction. Mostly during my pregnancy I just want to go as naturally as possible and have people leave me alone. My last appointment they seemed to not hear my wishes and started suggesting they would try to start things at my next appointment. I was just not looking forward to trying to voice my wishes again. In the end the doctor didn't really listen to me, but gave me one extra day before I would be induced. I had six more days before the induction.

I went home and that afternoon I started working on a painting I wanted to finish before the baby was born. Around 3pm I started getting contractions. I was kind of annoyed because I was in the middle of painting and wanted to finish, and since the contractions didn't seem to ever go anywhere, it just seemed to be a bad time. They weren't stopping though and started getting stronger (which I thought was just due to me standing over the table bent over a painting). I finally realized I couldn't do a proper job on the painting with these contractions. I cleaned my brushes and sat down to start timing contractions. They were only lasting 30 seconds, but were coming a minute and a half apart. After a bit they were lengthening so Stephen and I got ready to head to the hospital.

We got there at around 5pm which was perfect as there is terrible parking at the hospital here usually, but at that time we were able to find a spot easily. We got in and they got me into a room right away. They confirmed that I was in active labor (about halfway) which I was so thankful of! All those contractions the few days before were actually doing something! I used gas and air (laughing gas and oxygen- you still feel all of the pain, but you don't really care as much) as well as a TENS machine (it sends mild electrical signals through your back to the nerves and they compete with any pain signals that your body is sending to your brain, preventing all the pain signals reaching your brain, so you feel less pain. It also stimulates endorphins, so you are better able to compete with pain you are experiencing) for pain relief while sitting on a birthing ball. Contractions still kept being pretty short, but were definitely getting stronger. About two hours later I just felt like I must not be doing very well with coping as it felt like I usually do when I was ready to push, but I didn't think that I could possibly be ready to push yet. I was though! Andrew Richard Walton was born at 7:05! I couldn't believe when Stephen announced that it was another boy! At 9 pounds he is my biggest baby yet. He has lots of hair, dark grey/blue eyes, and blemish-free-super-soft skin. 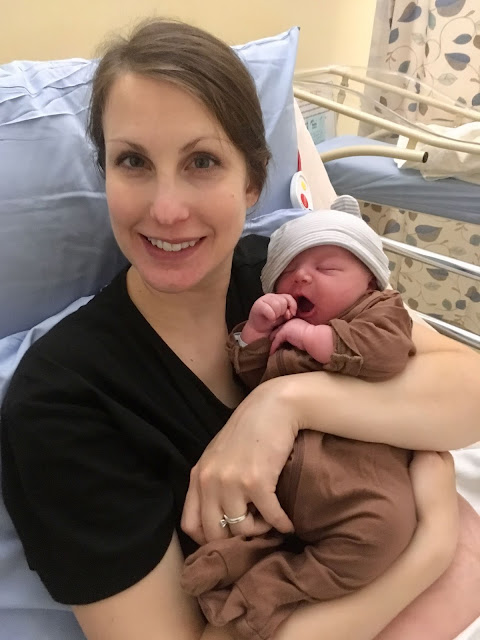 So far he has been a pretty sleepy baby. He is my first baby so far to take to the baby swing which I am very thankful for as this will definitely help give us some time if the other kids need something. We are all enjoying the new baby snuggles and I am enjoying this time with Stephen's mom being here having the extra help. I've been taking naps every day and just getting used to all of the baby things again. 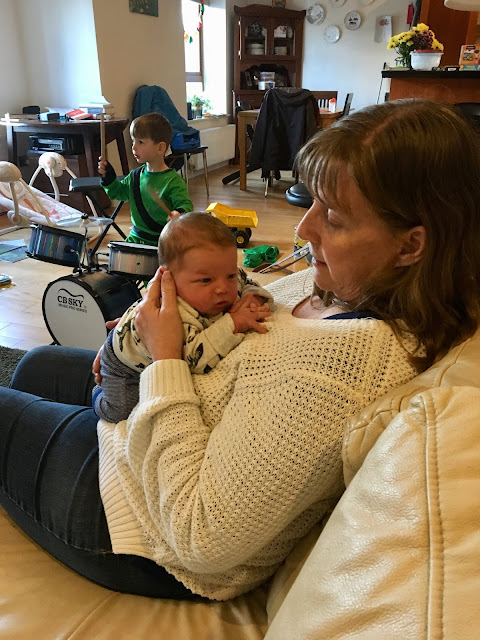 Stephen and I have always liked the name Andrew. He's a pretty good guy in the Bible, and we also know some pretty great guys named "Andrew" as well. We also like how the name sounds in different languages too. Andrew's middle name, "Richard" is after my Dad. I am so glad that I was able to name one of my sons after him.

Elisha and Silas love their new little brother. Elisha is not usually a snuggly guy, but when it comes to his new brother, he can't hardly stop kissing him! He comes over and talks baby talk to Andrew a lot. Silas is always "aww"-ing over Andrew. We all enjoy seeing them interact with him. 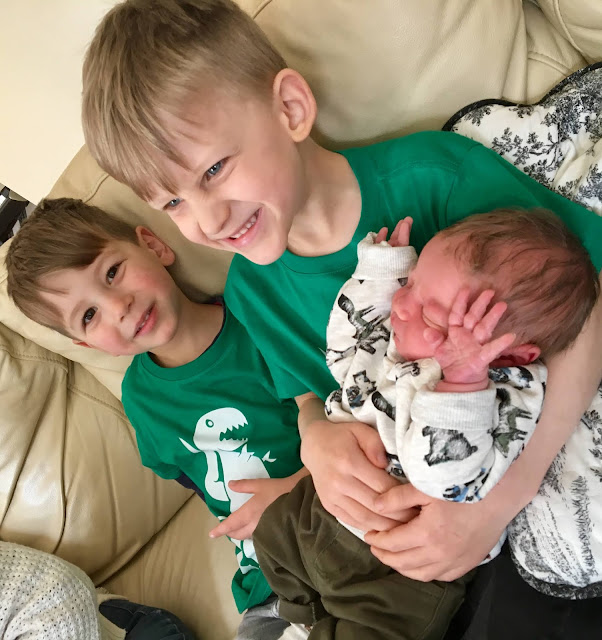 We are so thankful for the newest little man in our family! 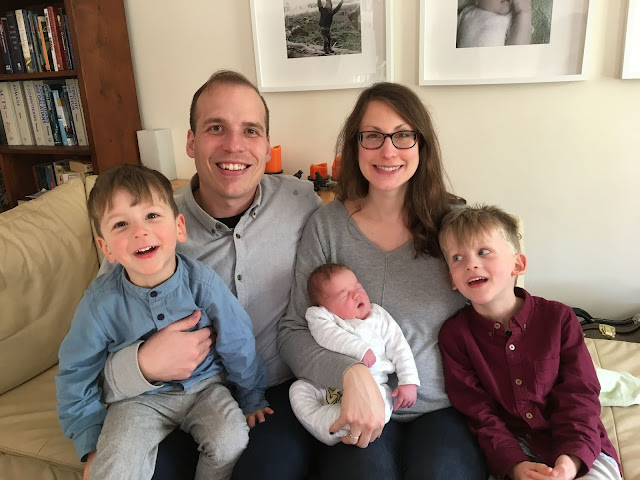 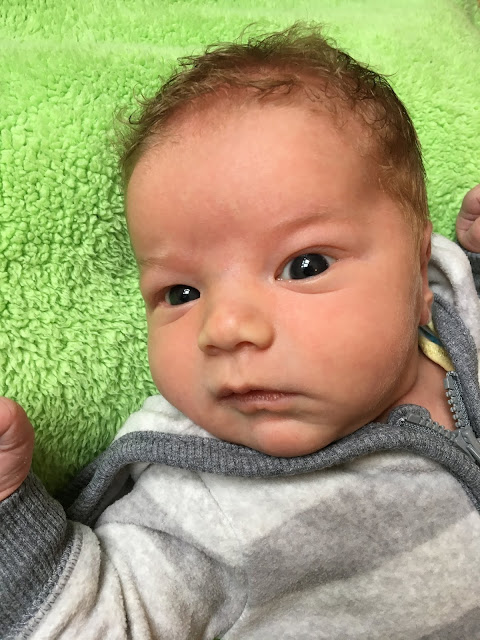