On the 13th of June, we headed to Missouri. My mom dropped us off at the train station and Stephen's brother picked us up once we arrived. Stephen's parents, brother & sister-in-law and grandparents were all staying in Moberly that night, so that is where we stayed too.


The next day, I drove to Quincy, IL to visit with my old college friends, Katelyn and Meghan. Katelyn lives in Missouri and Meghan in Zimbabwe. We only had a couple hours to visit as Meghan had other meetings to go to, but it was wonderful to see them, even if only for a short time. 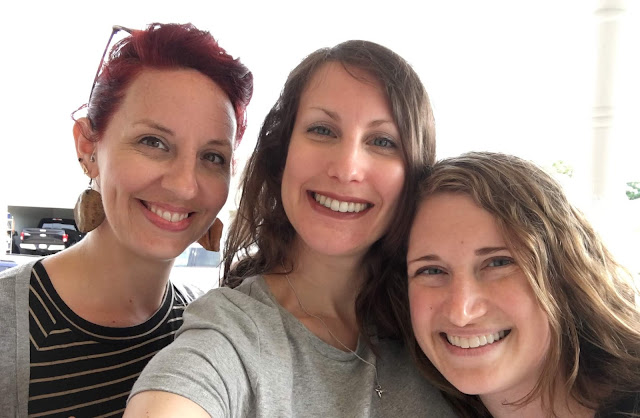 From then on we have been staying in Eldon, Missouri where Stephen's brother lives.


The next day, Stephen's sister, Michelle arrived. Everyone was coming into town for Bill and Shirley Walton's (Stephen's grandparent's) 60th wedding anniversary party.

The party went really well. There was a good group that showed up to celebrate. There was a photo booth, a meal cake, and lots of pictures showing lots of memories together the past 60 years.