Five days after we arrived in the USA, Stephen and I left our kids with my (Alisa's) parents and drove to Iowa for the weekend. It had been almost four years since we had visited Dallas Christian Church in Melcher-Dallas Iowa. It was nice to see everyone again and to meet a few new people. We had a very warm welcome. Stephen and I presented our mission in Sunday school and Stephen also preached during their worship service. After church we ate with the minister and his wife at a local restaurant in which about half the church apparently had decided to eat that day as well! After that, we drove the 5 hours back to Wisconsin where we were able to say "goodnight" to our kids as they were just being put down to bed. It was a nice weekend. 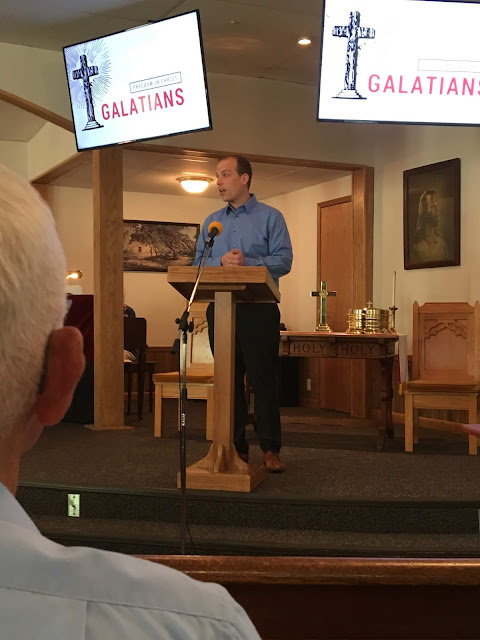