At the end of March we traveled to Germany a few days early before we had to go to our annual Kontaktmission conference and retreat. 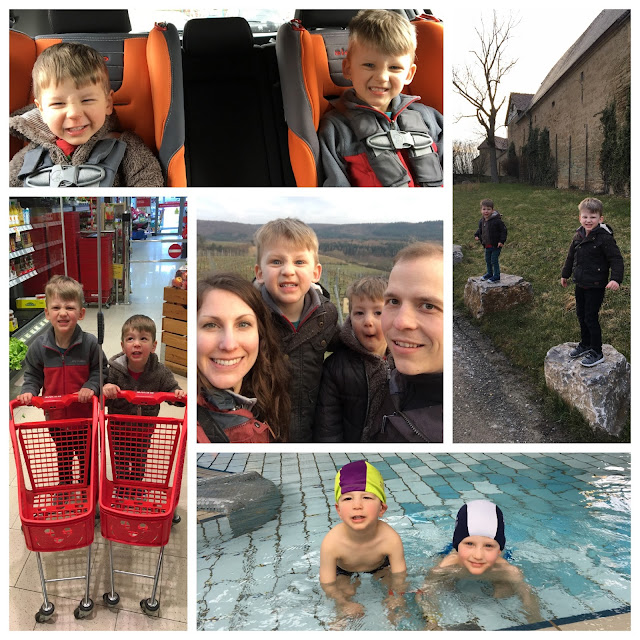 We stayed in a nice little apartment in our friend's village. We were able to make our own meals and do our own thing during the day and then met up with our friends in the evening. We walked around the village, went swimming one day, and on the weekend our friends took us to France.

We had never been to France before and since we were only an our drive away from the border, we thought it would be fun. We ate Flammkuchen or Tarte Fambée(basically a thin pizza crust with creme fraîche and onions and bacon on top, baked over a flame.) and browsed the local pottery shops. Then we went to a French supermarket where we bought lots of french treats (Baguette-not really a treat, but tasty, eclairs, pain au chocolat, and chouquettes). They were all delicious. 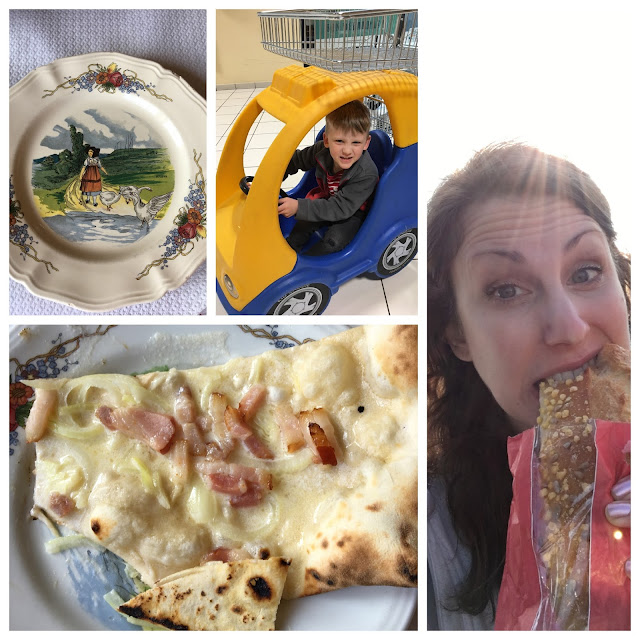 On Sunday we said goodbye to our friends and went to our annual Kontaktmission conference. It is an all day event where most of the missionaries set up booths and supporters from Germany come and hear how Kontaktmission is doing. It is always a long day, but it didn't help that Silas and I both came down sick. Silas was up basically all night with a fever and I had one too. Thankfully, by the morning we both felt better. Sadly, Elisha battled a fever for a good two days while we were there, getting over it before we just had to leave.

Then our Kontaktmission missionary retreat started. There was a group from Central Christian College of the Bible that led the kid's program. Elisha and Silas really enjoyed going to it. It was nice having them. They played with the kids really well, took them outside, taught Bible lessons, colored, and did lots of nice crafts. 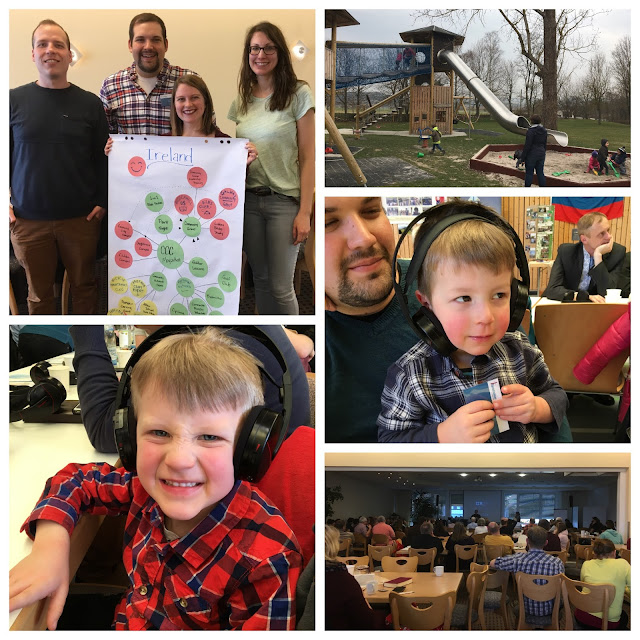 We listened to a man speak who started a cell church in Brazil and now has started another one in Spain. He experienced extreme growth in Brazil but wished he had spoke about his experiences in Spain more as it seemed more relatable. I did like that even though he was trying to convince us of his model of church planting, he always said that it needs to fit who you are and what your situation is, which I agree with. We came away with a lot of good ideas.


It was nice to catch up with our other missionary friends and hear how they are doing. We are glad to be able to see God working throughout the world!
Email Post
Labels: France Friends German Germany Kontaktmission Kontaktmission USA missionaries