At the beginning of March, Ireland had a blizzard! Usually it is very rare if it snows here, but we will get a small flurry enough to make a foot tall sized snowman at least once a winter. Also, if it snows it is usually there in the morning and gone in the afternoon. You have to be quick to go out and enjoy it, otherwise it is gone too soon. This year was a different story for almost a whole weekend. Basically, the whole island shut down because Ireland is just not prepared for big snows. A lot of businesses were closed and school was called off. Being in the west of Ireland, we usually get some of the worst weather, but this time we did not. We did have a lot of snow, but not as much as the east where they had MUCH more. It was nice where we were at. People got out in it, neighbors worked on snowmen together, kids made igloos. It was so fun to see snowmen everywhere when you drove around. Everyone really enjoyed it which was so nice.

One thing that was really crazy was the state of our grocery stores before and after the storm. People were stocking up on food like crazy. Especially bread. Then, since there would be no deliveries, stores were empty even after most of the snow melted. Thankfully we had everything we needed. The only thing was we needed milk for church. Stephen went down to the shop below us and took these pictures of the shelves. He came back with nothing. We had never seen it so empty! 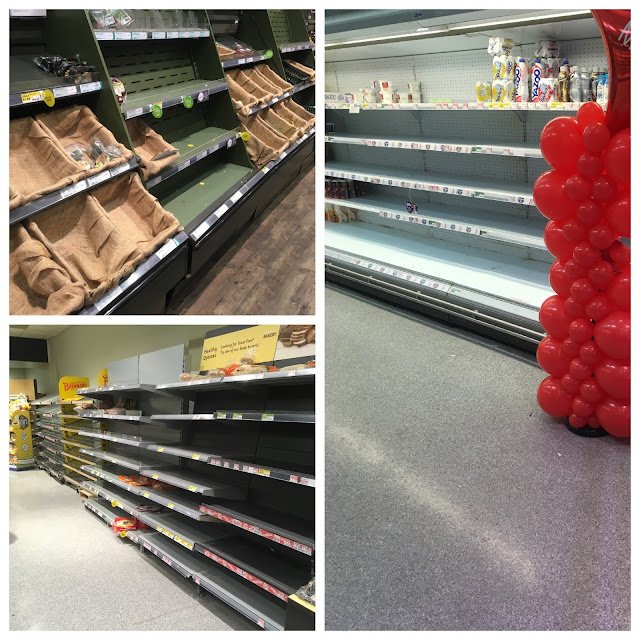