We had several activities that happened in February. 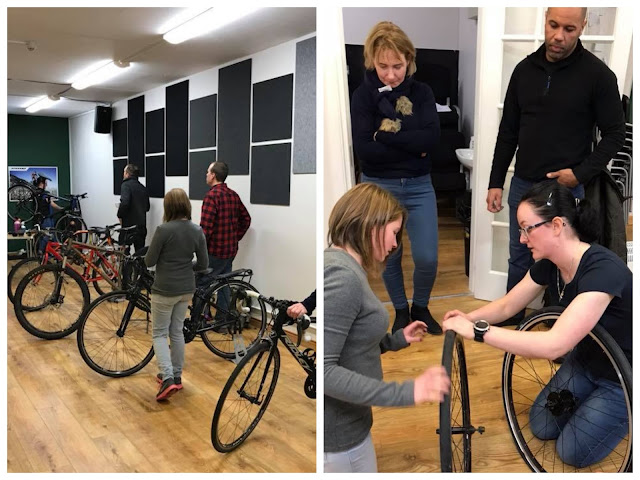 Our Bike maintenance class was actually held on the last day in January.... but hey, can I include it in the February updates? There was a lady from the church who volunteered to lead the class. There were seven people who came. Everyone seemed to have a nice time and learned a lot. We are thankful to Liz who volunteered her time and knowledge. 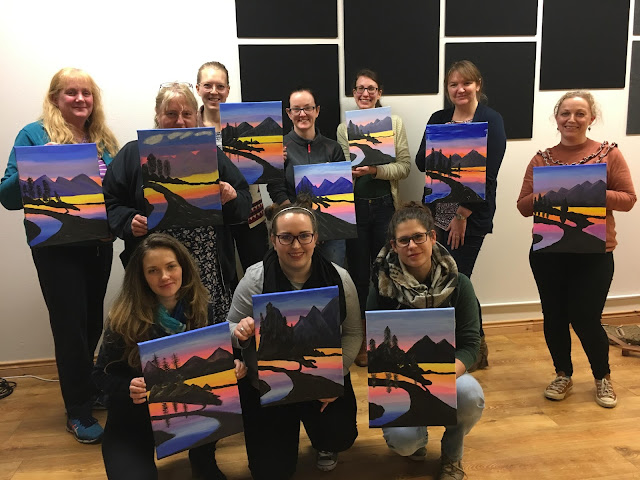 Tiffanie lead the first paint night of the year on February 2nd. Alisa always tries to be a help to her by filling paint, changing water for people, taking pictures, and handing out more paper towels. Another girl at the church volunteers to help set up for the night so that Tiffanie isn't all by herself. This last night Alisa was able to sit by a lady she used to talk to at Parent and Toddler group (the lady's children have moved on from the group) so it was nice to catch up with her. This was the first time she was in the church. There were two other new ladies who came who had never been there as well. it is always nice to meet new people. 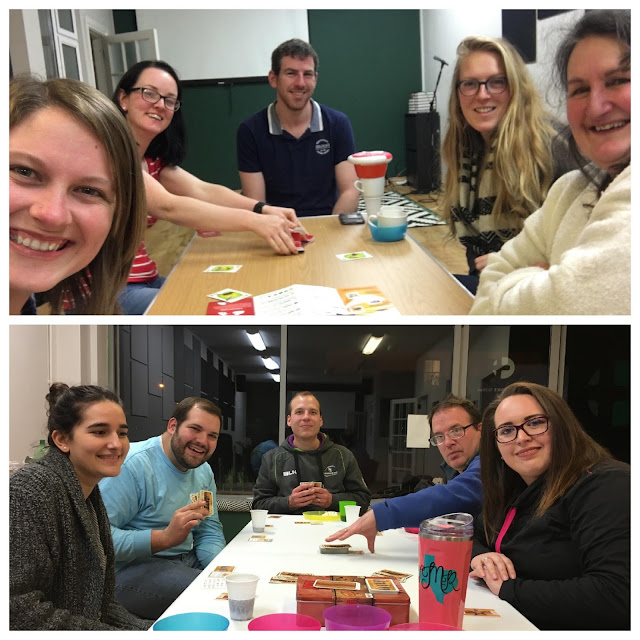 We had our first game night at the church. There were ten people who were abel to come and have fun playing several different board games and eat some snacks together. Everyone seemed to have a nice time.