Stephen and I were up until almost 2am Christmas Eve getting everything sorted for the next day. The boys got up at 7:20am, so, not so bad. We read the Christmas story from Luke and then we had fun opening gifts together as a family. By the time we were done with that, so were our homemade cinnamon rolls. Drinking our 3FE coffee, we were very satisfied. 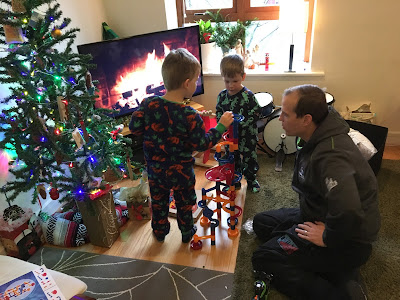 The boys played with their toys all day while Stephen and I worked on a puzzle, or Skyped with our families. After noon we started cooking the gammon (uncooked ham), but quickly realised that it would not fit in our largest pot, so we had to slice it in two and cook each hunk for different times in different pots. We got it figured out.

We also made Cheesey potatoes (from scratch- there are no hashbrowns of that type here in Ireland) and Green Bean Casserole. I made my own glaze for the ham out of brown sugar, mustard, apple cider vinegar, and cloves, just eyeballing it. Everything turned out nice. 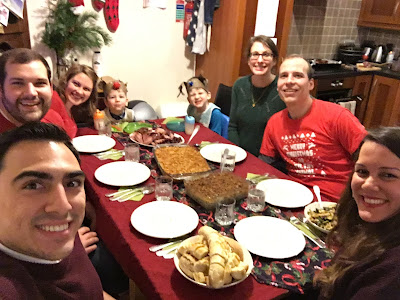 Luke and Tiffanie arrived with a courgette (what they call Zucchini here), onion, and bacon dish that was super tasty as well as bread. They also picked up Thiago and Renata who brought some pop to drink.

I thought I would be able to get dinner on the table in time, but since everything pretty much needed the oven and our oven is pretty small, it was hard to get everything warm at the same time. The little boys were so hungry by the time we sat down to eat (as well as the rest of us). Anyway, it was well worth it as everything turned out great. Very thankful!

As we were finishing up eating, our friends, Ger and Taylor, also came by for the evening. They were able to grab something to eat as well.

The evening was very relaxed with the boys showing everyone their new toys, Ger and Taylor reading the new Irish books we have (to Tiffanie), Thiago and Renata working on the puzzle. We also opened gifts we bought for each other. It was nice. 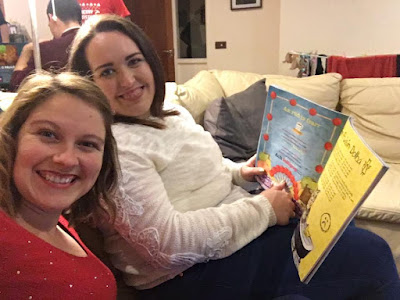 Luke and Tiffanie also brought Chocolate Fondue for dessert. Even though it wasn't a traditional Christmas dessert, it turned out to be really fun with the group we had. Elisha LOVED it. Silas did too, but he was basically falling asleep at the table at this point, just getting that faraway look in his eyes with long stares. It was way past their bedtime, poor little guys. 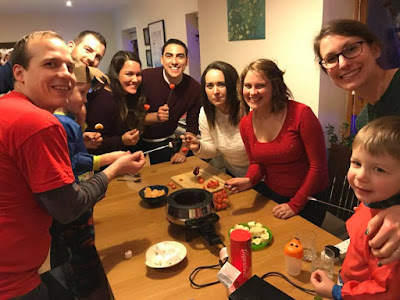 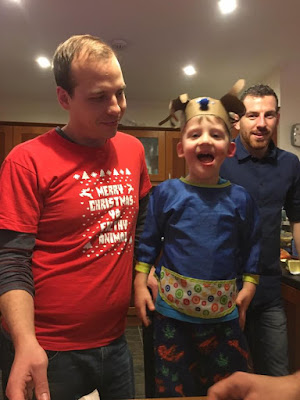 Once we got the little boys in bed, we all played the game BANG together. It was so much fun. Renata and Thiago had never played before and so Luke helped them with all of the cards and rules (there are a lot). I think they ended up enjoying it, which is good because we are always looking for more people to play with! 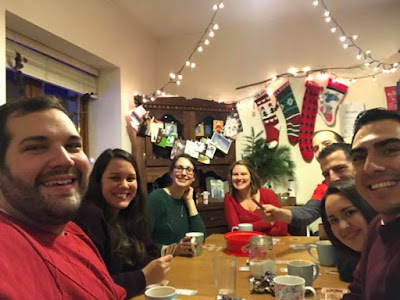 We are very thankful for our friends here and that we could spend this Christmas with them.
Email Post
Labels: Christmas Food Friends Games Moycullen