After Stephen was in the States for Alisa's grandmother's funeral, he flew back to Ireland. He was there for 14 hours and was back on a plane to Germany for the annual Regional Leaders Meeting. These meetings happen every year and help teach how to be a better leader as well as discussing the direction of Kontaktmission into the future. Stephen was there from Tuesday to Friday. The speaker this year was Mike Schrage from Good News Productions. Stephen was asked to lead people in worship every morning. Since he always enjoys any opportunity he is given to play music and worship God, he gladly obliged. Overall it was a great week and he looks forward to going again next year. 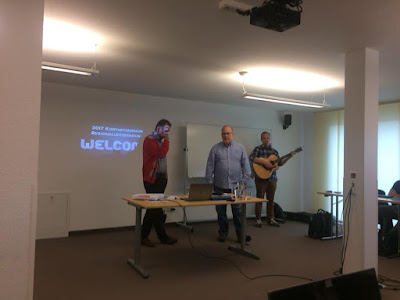 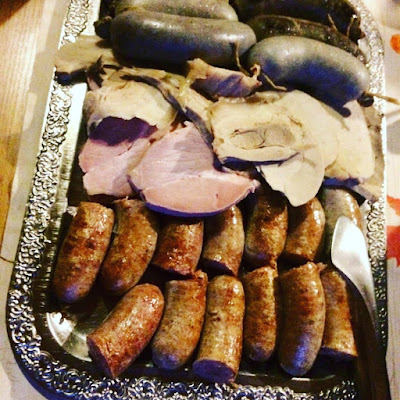 Every year we go out for a traditional Schwaben (a region of Germany) meal.