On November 3rd, Luke, Tiffanie, Stephen, Elisha, Silas and I all headed off for the ARC (Association of Related Churches) Thrive Conference in Newbridge. It was for people church planting in Ireland and Northern Ireland.

Elisha and Silas were able to avail of their free childcare program. They both loved it and did not want to leave when we had to pick them up each break. All of the workers were very friendly and nice.

The rest of us heard speakers and made connections with other people working in Ireland and Northern Ireland. It was very interesting to hear people's experiences in church planting or just working for the church in general. It was a small conference as Ireland is only so big, but we felt like all of the speakers did a good job.

For such a small conference, I met 4 people from Wisconsin! Two had come over as speakers and church planters in Minneapolis, but the other two were working in Northern Ireland. It was really cool to meet them and for people to really understand where you are from instead of just "it's by Chicago".

We also got to eat out for lunch at one of Stephen's and my favorite restaurants that they don't have on the west coast. Nando's. So. Good. 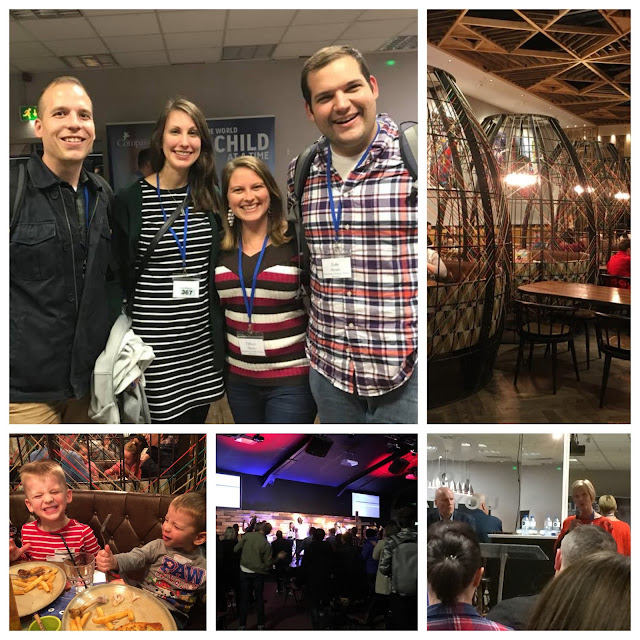