Yesterday, our intern, Ben, has left back for Germany. He has been here since the middle of May and now his internship has ended. We will definitely miss him.

Ben was great with kids, our kids included. He liked talking with them and hanging out with them. Even for our benefit, it was nice to be able to hand a kid over to Ben and he wasn't uncomfortable holding or entertaining a child. He also really liked to teach Bible lessons for Kids Club and enjoyed the week of Holiday Bible Club. He also volunteered to watch the children on Monday nights during Bible study. 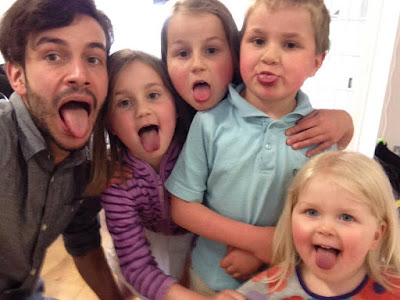 On most Sundays while Ben was here, he lead our music. He even admits that this was not one of his strong gifts, but he was still willing to serve in this capacity. He definitely improved over the time he was here as well. We were so thankful to have his help. It was a great relief to Stephen to not have to focus on preaching AND music on Sundays this summer.

Sometimes Stephen would lead music, and Ben would preach. He preached four times over this summer. It was great to hear what he had to say and he did very well preaching in English. He had great insight in what the Scriptures had to say. 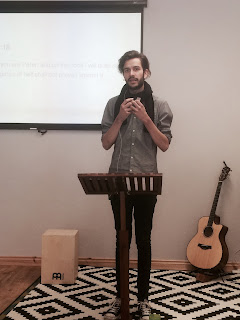 Ben would lead Bible Study on the Mondays following the days he preached. Stephen always said he did well.

Anytime we had a get together or if we were getting tea & coffee ready, he would pop in and ask if there was any help needed. It was great to know that he had a servant's heart and we definitely took him up on his offer from time to time.

We took a few outings as a family and invited Ben along. It was great to get to know him this way as well. Three times we put our boys down for bed in the evening and Ben came over to make sure everything was ok and Stephen and I were able to go out! It was great and refreshing. 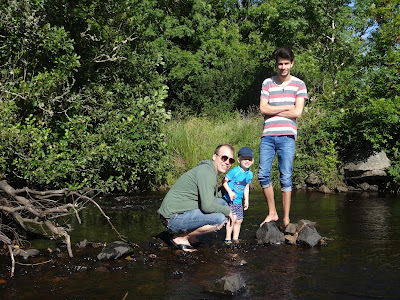 One of our last outings we went to Delphi and had a walk around. Matt, from our church, also joined us. It was a nice day and very beautiful there. Lots of mountains, streams, and woods. We all got rained on, but not too bad. Also people at Delphi were nice enough to let us eat our packed lunch inside the hostel so we wouldn't get soaked. 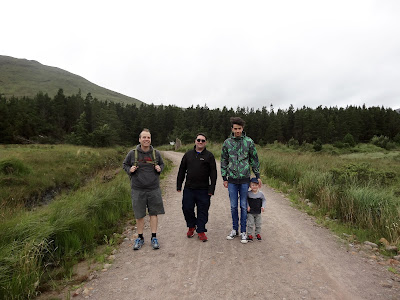 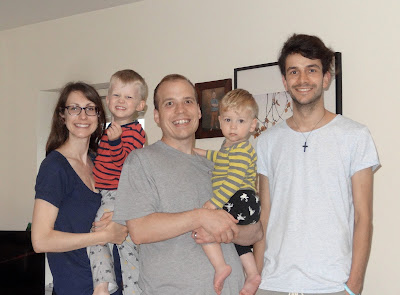