Justin & Angie's Wedding and Our Visit to Wisconsin

We flew to Chicago on May 5th saying "goodbye" to Stephen's family and "hello" to Alisa's. Alisa's youngest brother, Justin got married to her friend, Angie Meyer, on the 7th of May. It was a wonderful wedding, celebrating God's love for us. The wedding was outdoors and the weather was perfect. Definitely a blessing. Elisha had the honor of being the ring bearer. He did a fantastic job and took the task seriously. He was very cute. After the ceremony they had a reception where there was a nice meal and a dance. We all had a lot of fun. We were the very last ones to leave. 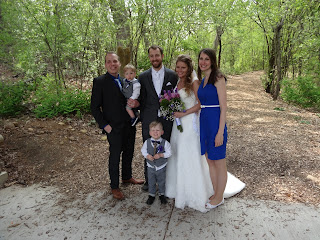 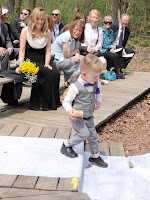 After the wedding we celebrated Mother's Day. Alisa's grandmas were both there as well as all of her brother's and sisters (minus Justin as he and Angie were on their honeymoon). It was nice.

We saw Alisa's brother, Joel fly his RC plane and made a quick trip to Devil's Lake to climb a bluff. Wish we could have stayed longer. 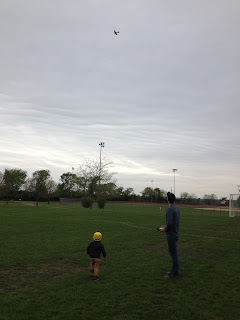 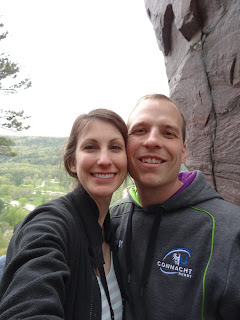 We drove to Springfield, Illinois to visit with Stephen's grandparents. They both drove to meet us there as well. We ate at Red Robin and then went to a local playground for Elisha to play and for us to visit. It was very nice to see them. We were so thankful that they were willing to meet us halfway. Our visit was too short. 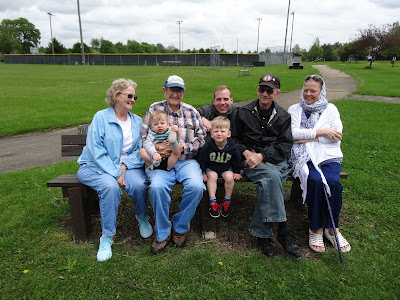 One morning we went fishing and one evening we went over to Jared & Dana's for dinner. We learned there that Silas really loves corn on the cob! 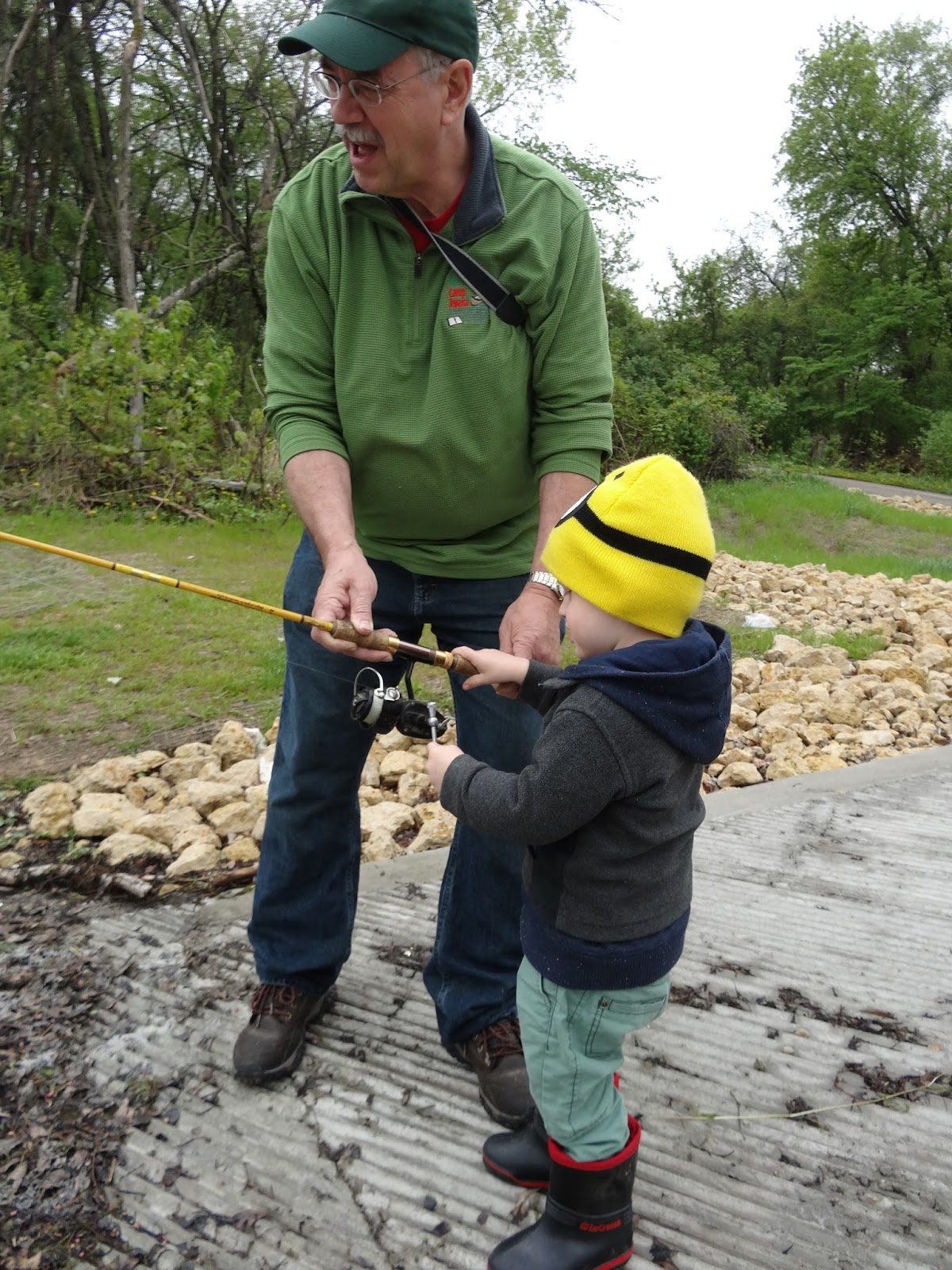 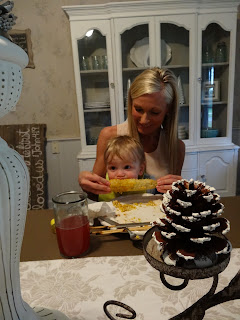 All too soon Stephen's time in the states ended. He flew back, leaving Alisa and the boys with her family.

After Stephen left, things slowed down a bit as we tried to fit everything we REALLY wanted to do in while Stephen was here. Alisa and the boys went with her Dad to the zoo one day, and did a lot of birdwatching. We had a lot of fun. Elisha loves getting to explore outside at his grandparents and getting to play baseball. Silas loved exploring as well, getting into the dog bowls and turning on clock radio alarms. We all had a nice time. 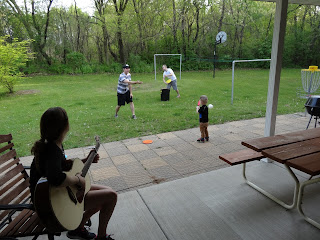 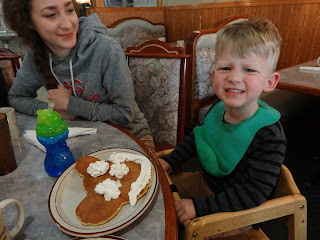 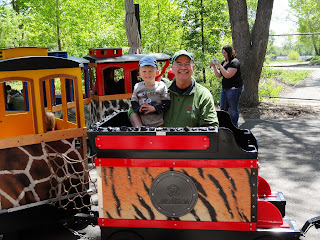 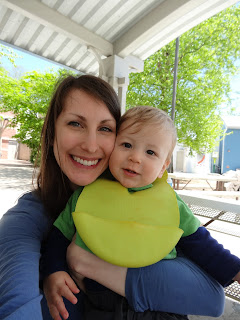 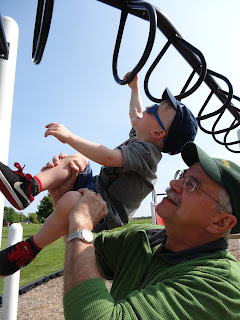 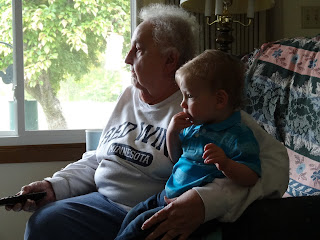 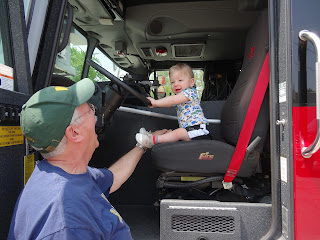 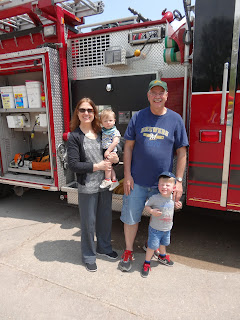 Alisa was very nervous about flying back by herself with the two boys. She has to say although it wasn't very fun, it also wasn't terrible. The hardest parts were getting through security and to her gate. Also, they had the worst seats on the plane as they were in the very middle of two people, so anytime they needed to get up, they had to inconvenience someone. Since the flight is in the evening, both boys were able to sleep and she was able to get some sleep as well. She knows a lot of people were praying for her and is very thankful for that. Now that it is over with, she thinks she would actually do it again. It has given her a lot of confidence in dealing with the kids. Before she was nervous to bring both of them grocery shopping, but now she feels as if it would be no big deal at all. Praise God!
Email Post
Labels: Family Flying Friends Wedding Wisconsin