My (Alisa's) parents came over on the 15th of May to take care of Elisha while we were busy with the birth of Silas. My due date (the 18th) came and went and we started to get a little nervous if the baby was going to show up while my parents were still here. 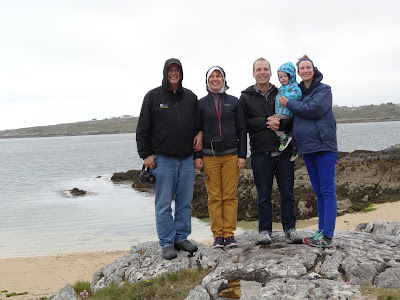 In the end Silas came the perfect day as we were able to spend some time and see some sights with my parents while they were here before Silas was born. My dad and Stephen went to a Connacht Rugby game together and my mom and I went out for tea. We also went to a beach a couple of times and went on a lot of walks (trying to get the baby to come!). My parents also babysat Elisha one night so that we could go out on a date together. It was so nice to have that time as well.

On the 23 is when I started having contractions, mostly in my back. They weren't all that bad until around 8pm. Stephen and my mom insisted that I go in to the hospital even though my contractions weren't lasting long they were coming pretty quickly. I called the midwife for advice and she said that since it was my second, I could just come in because it might go quickly. At around 9 we made it to the hospital and found that I was not in established labor. They wanted to keep me in the hospital though. Stephen and I walked the halls, had toast and tea, and I bounced on a fitness ball. Around 12:30 we were walking the halls and I could not walk through my contractions. After this the midwives sent me to the labor ward. I kept bouncing on the ball while using gas and air. Three and a half hours later, I had a little boy! 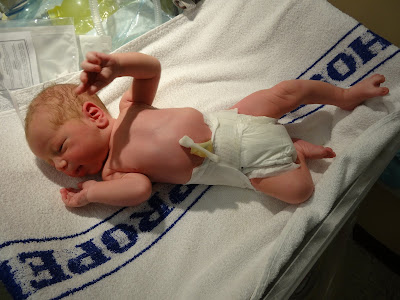 Silas is named after Stephen as they both have the same middle name. They also have the same initials. He was 8lbs 21.5 inches long.

It was such a blessing to have the help of the grandparents. We didn't worry at all about Elisha as he loved spending time with Grandma and Grandpa. Also I don't even know how many diapers Grandma changed while she was here. She just took over with cooking and cleaning also. So wonderful. 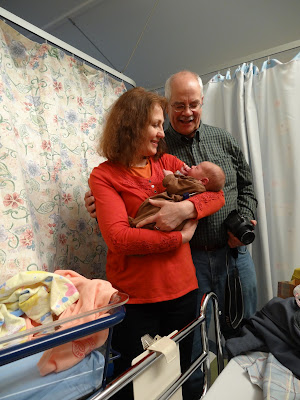 We are so happy to have another little boy in our lives. He is the perfect second child as he is content to be laid down on his own while we are busy with Elisha. He has fit in with our family. It has been an easy transition so far. 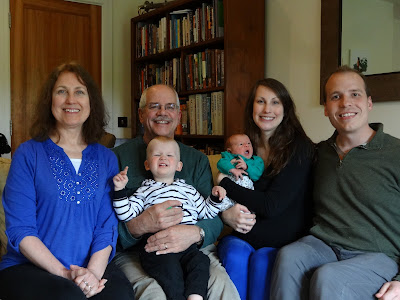 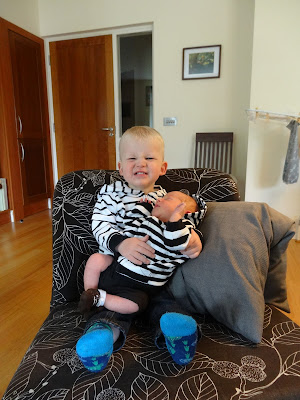 Elisha is very sweet with him. He wants to give Silas kisses all of the time. He also wants to throw balls at him.  We have had to explain that Silas does not know how to catch a ball yet. We look forward to the day when they are able to interact more and more. We hope that they will be the best of friends.