Stephen's parents have just left yesterday. They were here for two weeks. It was a lot of fun to have them and to have their help.

The weather wasn't too great while they were here, but we did get a couple of good days.

One day we went to the beach. It is a special beach as it isn't sand but fossilized seaweed. Stephen and I like it because Elisha is much easier to clean up afterwards. Also, you don't have to worry about him getting sand in his eyes. This time, we took a kite to fly at the beach as usually it is always very windy, but this time it was not windy at all. The guys worked hard, but they were able to get the kite flying after all. 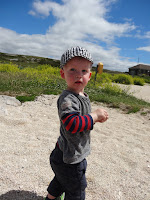 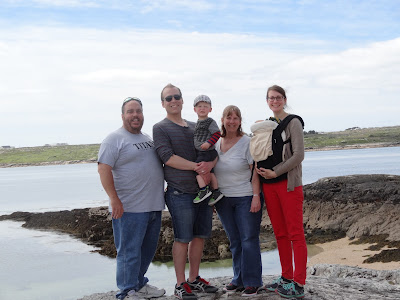 We also took the train down to Cork for a couple of days. It was nice, and challenging at the same time! I (Alisa) thought that the train would be easier than having Elisha in his carseat. Well, I was definitely wrong! He was a little wild man, running all around. Lesson learned. Also, it was hard for him to get a nap in as we were traveling. Poor little guy would just crash and then get woken up again by our activities. Silas was fine napping, it was just his frequent hunger/diaper changes that would stop us from time to time! 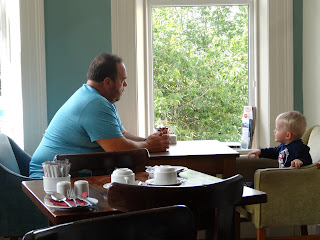 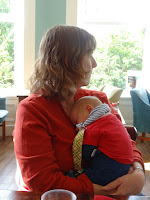 Other activities were going out for fish & chips on Father's Day, reading lots of books, Grandma making play dough and finger painting with Elisha, and just a whole lot of enjoying each other's company. We are so thankful that they were able to come!