A few weeks ago, Stephen took Elisha and I to our first rugby game! Stephen has been volunteering for Connacht rugby games, so he has been going by himself for awhile now. It was great to join him and to see what it is like actually being there instead of watching it on TV.

Here's some pictures of our day. 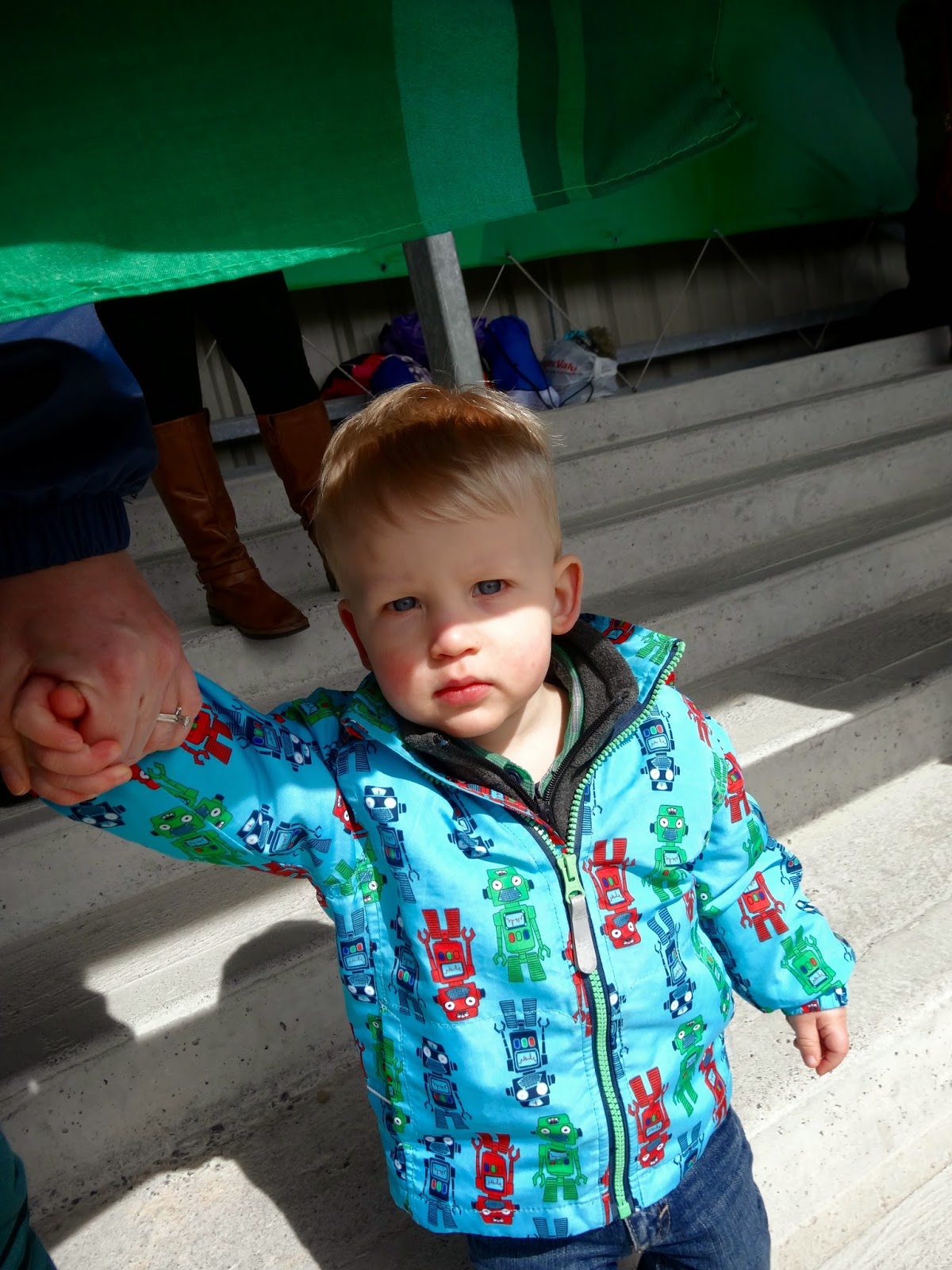 Elisha, waiting for the game to start. We were in the area where you have to stand the whole time. It was a little much for me, being seven and a half months pregnant at the time, but we made it through. Here's Stephen, holding the Connacht flag as the teams enter the field. 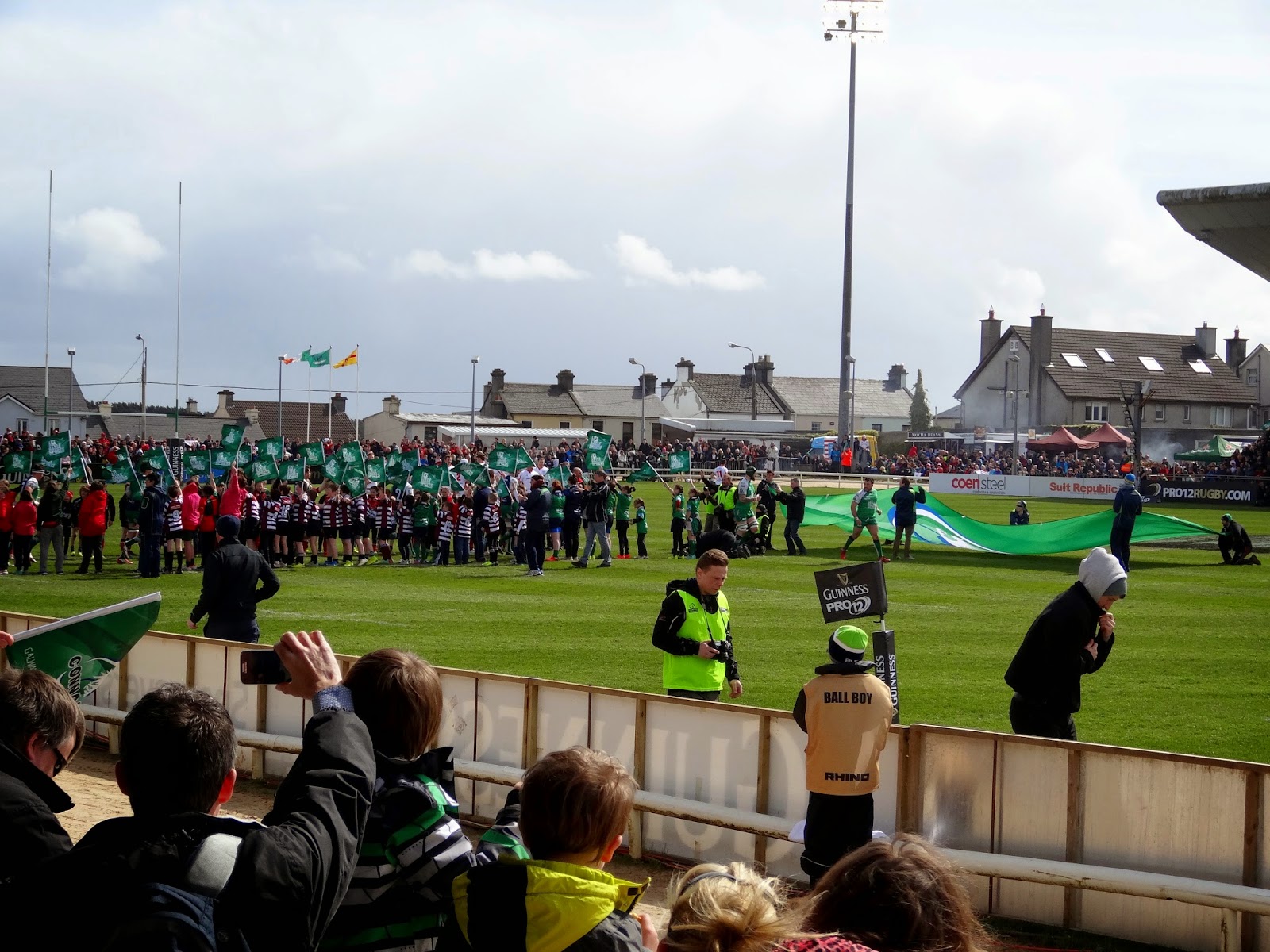 Stephen's out there as the team is entering. 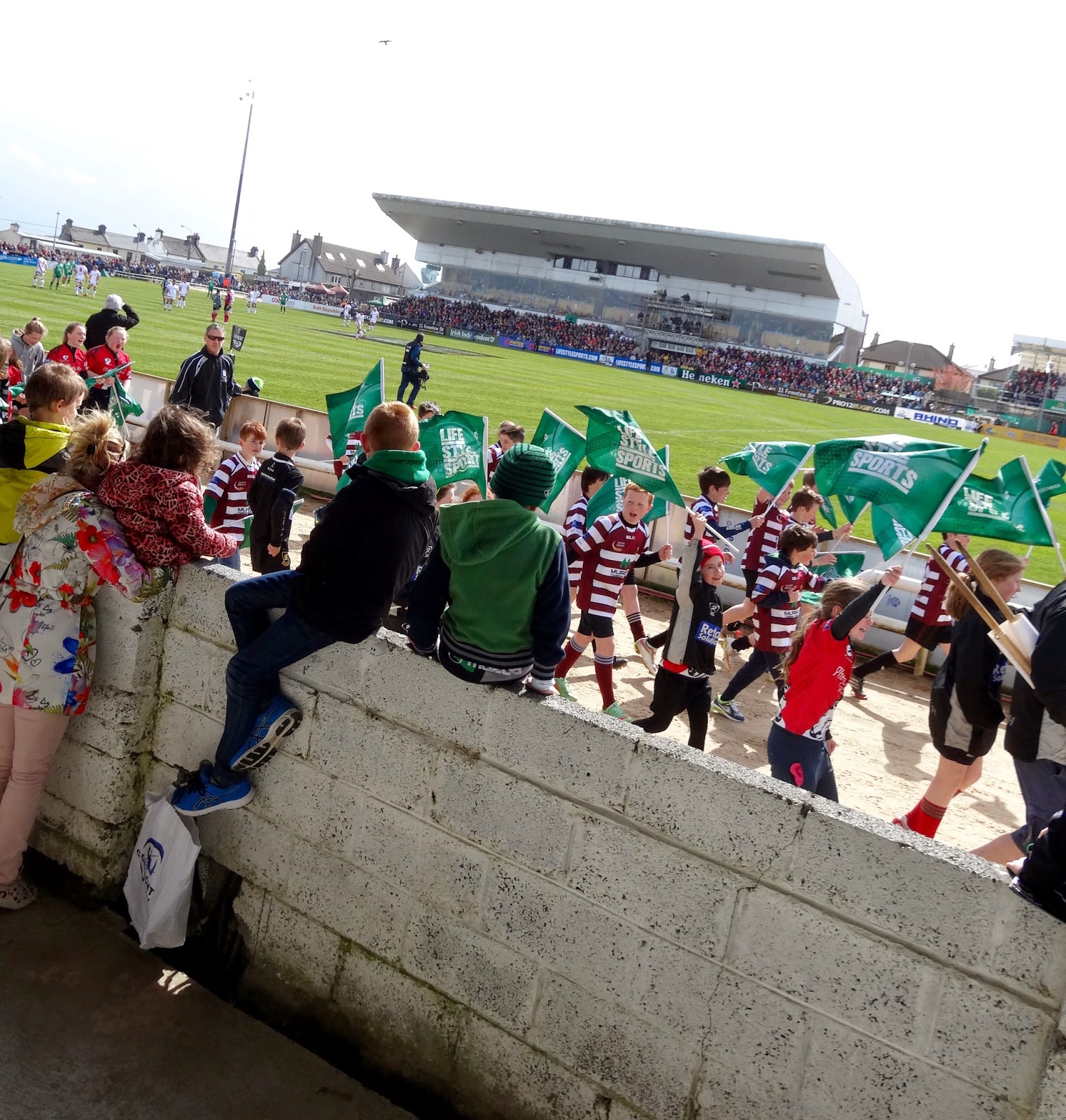 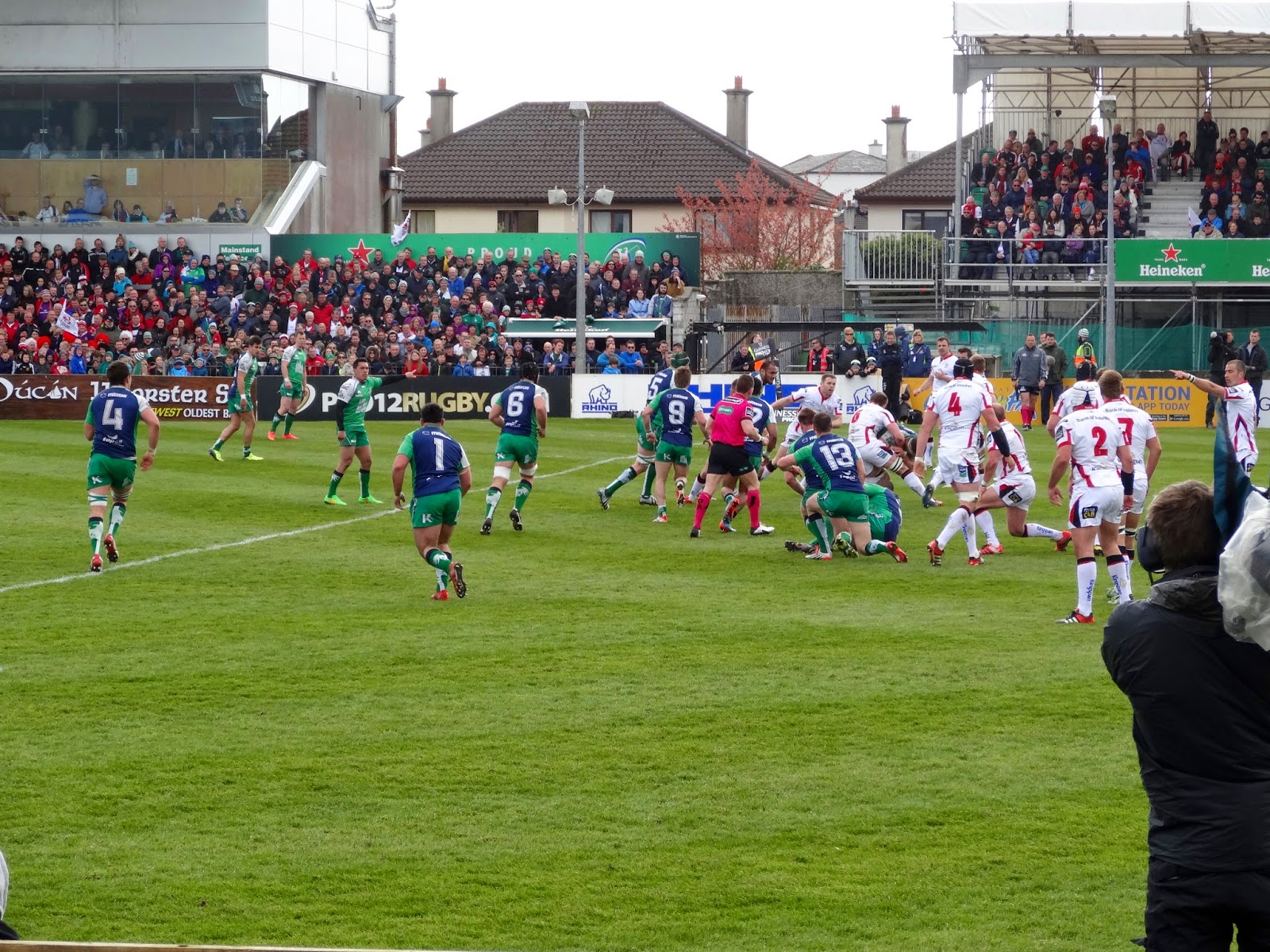 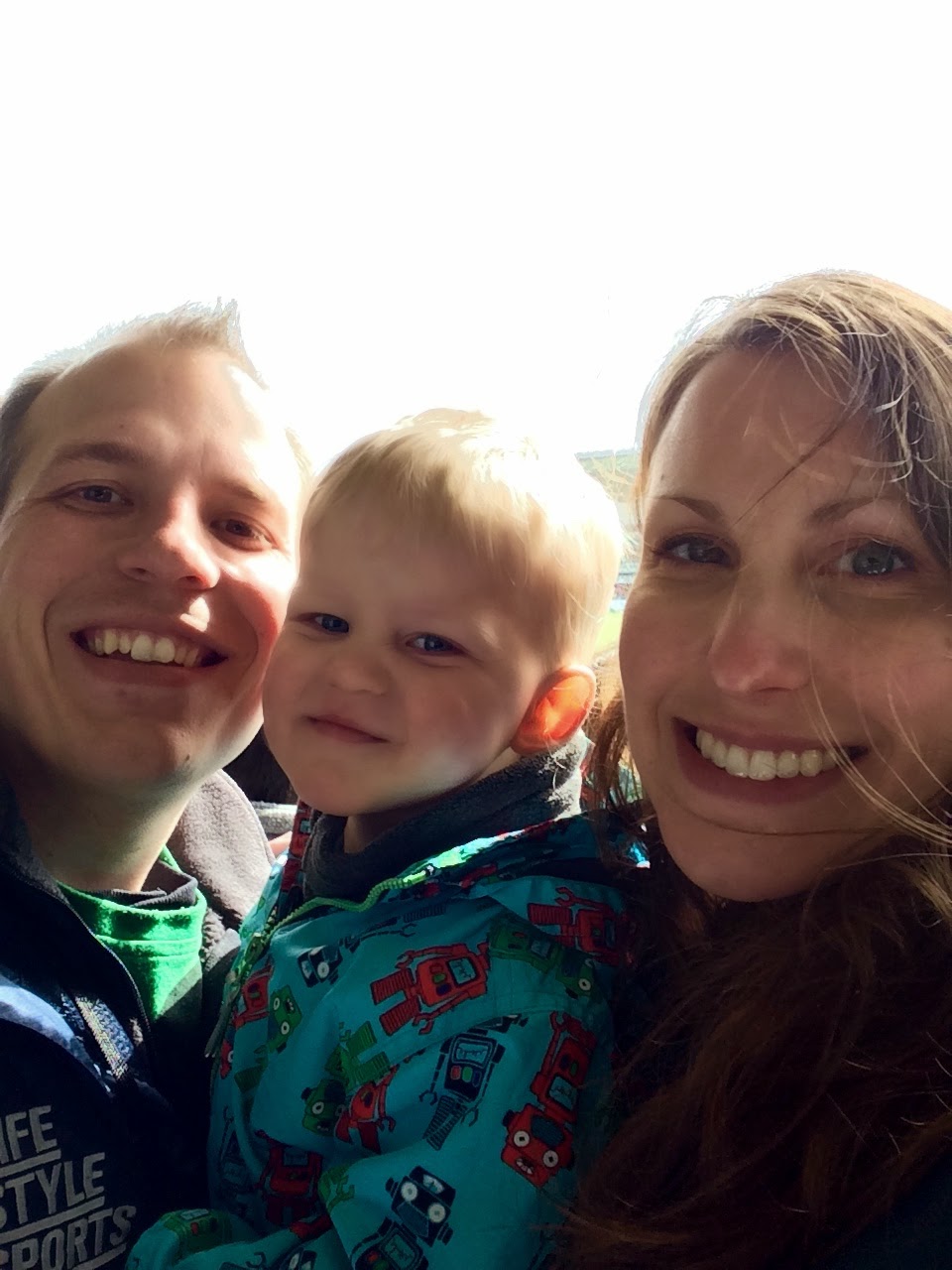 We had a nice afternoon. It was windy and it started to rain towards the end, so we ended up getting coffee at a cafe to warm up before going home. 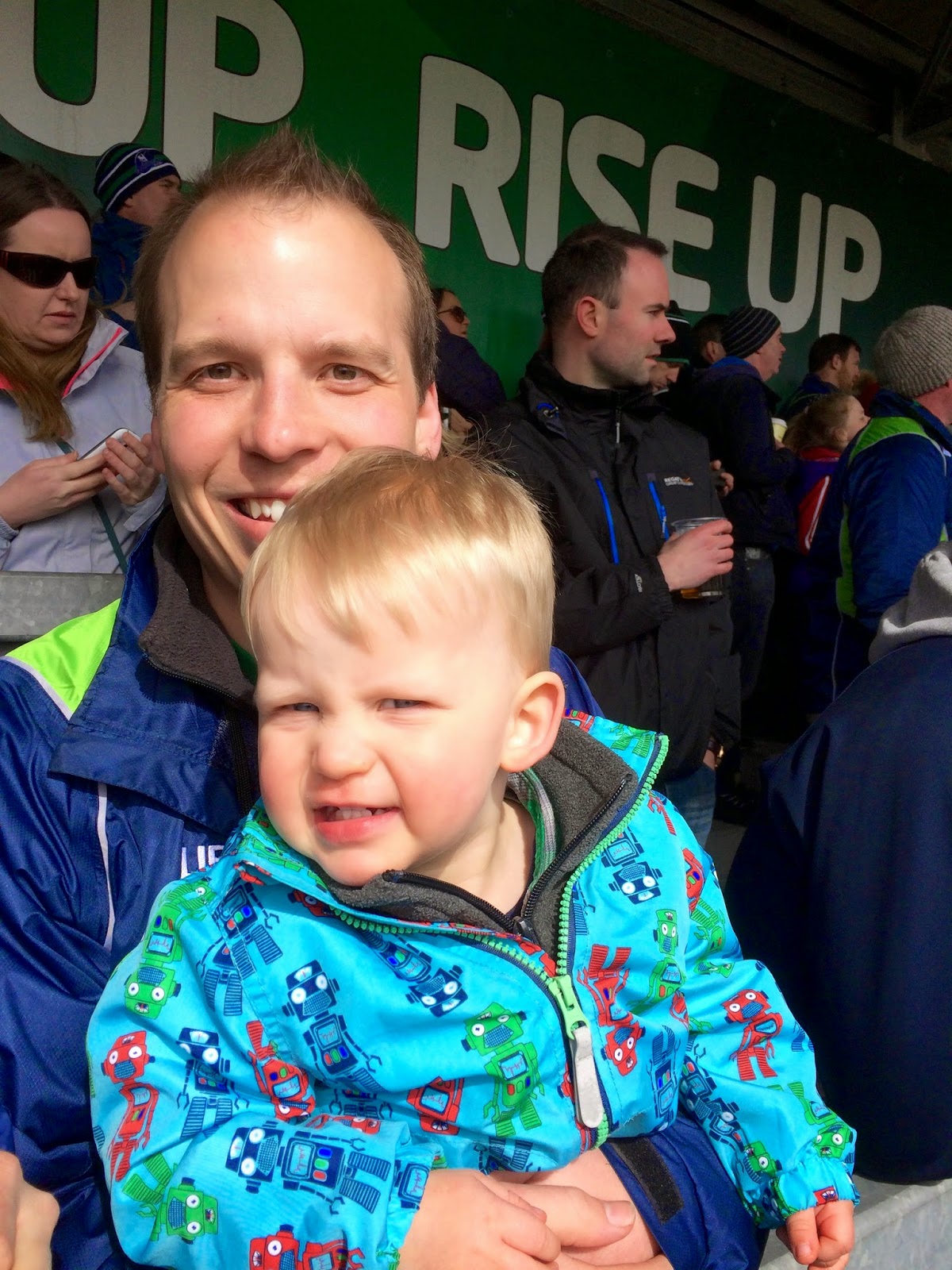 Love this picture of these two guys. 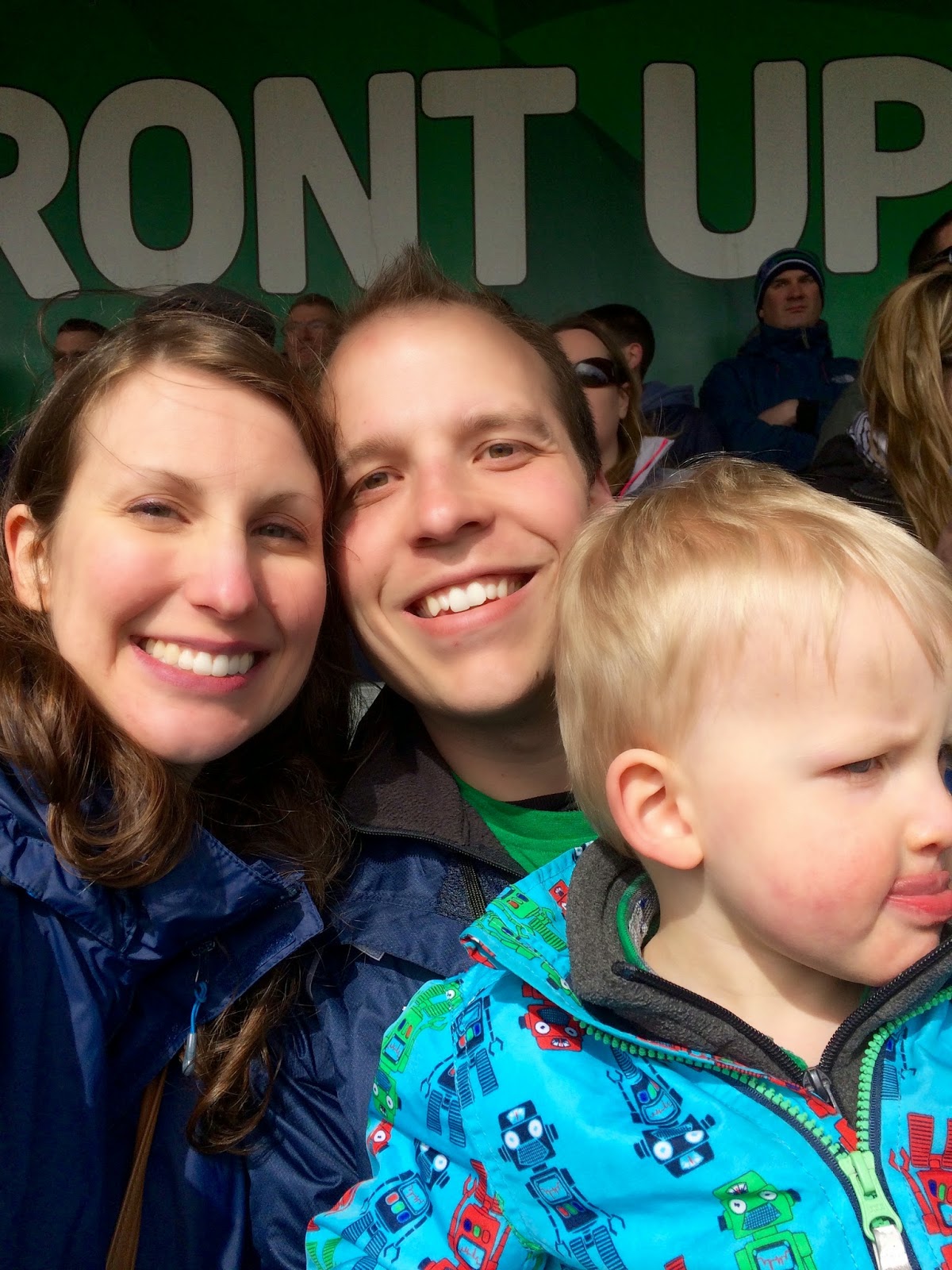