Yes, they really were that great. We were so thankful that they desired to come and desired to serve. 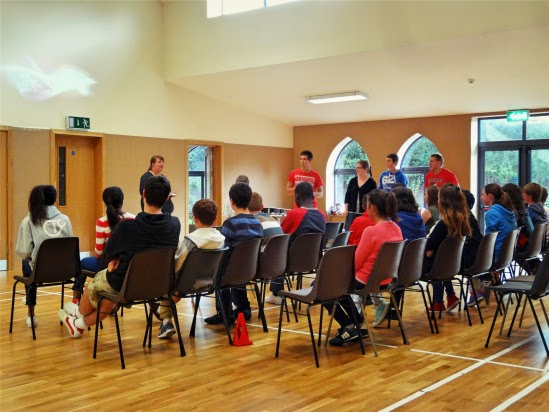 They started out in Drogheda. For four nights they put on a youth group event at the Presbyterian church that we used to help at. They had a good turn out every night. They played a ton of games, someone would give their testimony, and then there would be a lesson every night. 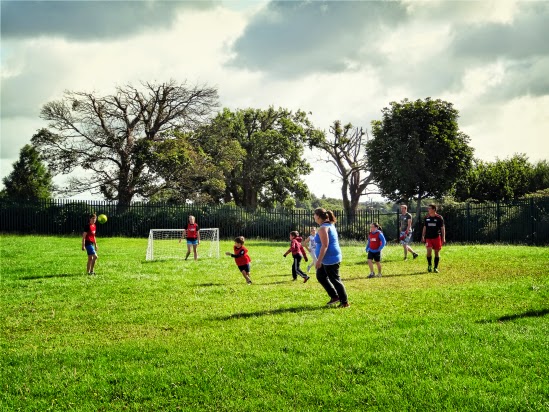 After Drogheda, Stephen and I  had a couple days rest while the group did some sightseeing (Dublin and the Cliffs of Moher) then the group came to Galway City. They stayed in a hostel and came out to Moycullen on the bus every day to put on the soccer camp. We did not know if anyone would actually even come at all and the first day we had..... four kids! I know what you might be thinking: "oh, sorry guys, only four kids!" but we were very happy that the four decided to come and they ended up having a blast. The next day, we had.... five kids! And the final day, we had..... eight kids! Nothing like doubling our numbers at the end of the camp. haha Each day they had a fun time playing soccer and then getting to hear a story that told them what God was like. It went very well.

We are hoping that all of the kids will come to the Kids Club that we are starting next month. 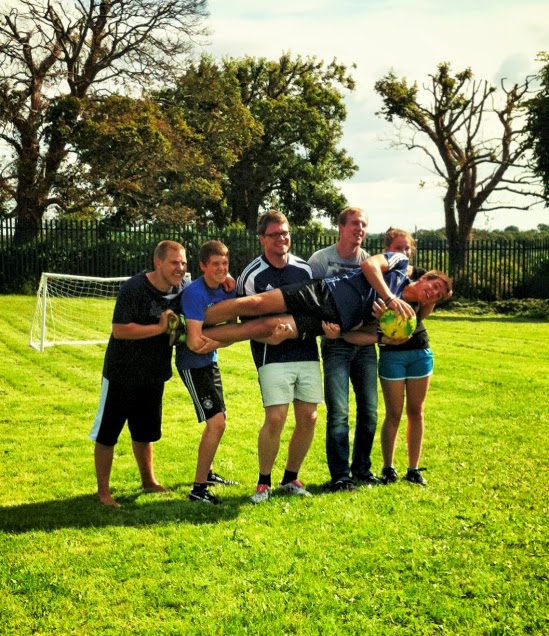 After the soccer camp on Monday and Tuesday the group did a service project in the Moycullen Woods. The trails are located in a patch of woods in the village and are used by the local community for walking, biking, and by children for the important task of fort building. The trails were becoming overgrown and so the group volunteered to clear the overgrowing plants away from the trail so that they would be easy to use again. This was a great service and I have already heard from people how much they appreciated it.

Map of the trails


We are glad that the group came and we hope that they had some fun here in Ireland. 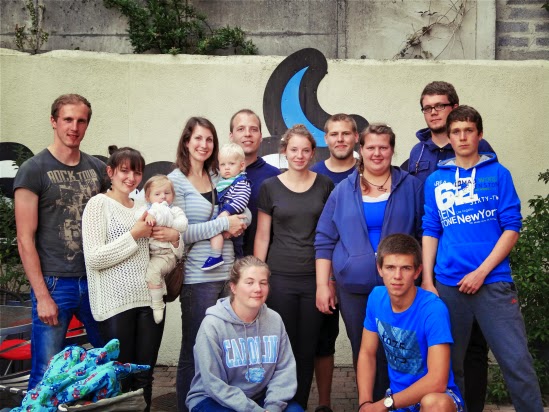