Our Time in the U.S.A

Our six weeks just flew by in the States. We were so busy visiting churches, friends, and family that time just got away from us. It was so good to have the opportunity to see everyone.

We visited eight churches. Stephen preached at most of them, but he usually gave some sort of presentation either with the church or with the missions team. It was so encouraging to meet with the people who support us.

After Philadelphia, Missouri and Dallas, Iowa we visited Cornerstone Christian Church in Tipton, Missouri. Stephen was able to speak in Sunday School and also preach. It was great to finally meet everyone at that church as we had never been to meet with them before. We had a nice pot luck after the service.

That evening we visited First Christian Church in Vandalia, Missouri. Stephen was able to give an update about what we are doing in Moycullen. It was nice to see all of them again. While we were there there was a big thunderstorm. It was cool to hear the rain like that again as we don't get many huge showers in Ireland. 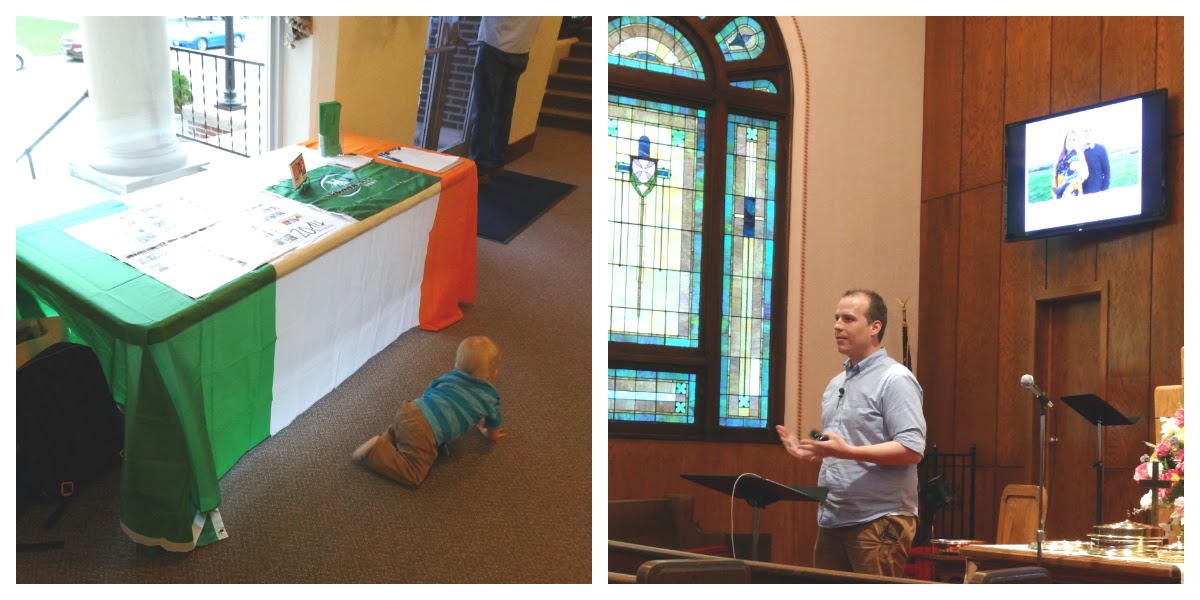 While we were in Missouri, we visited Stephen's brother and his wife and new little baby girl. It was so much fun to see our niece. She is super cute. While there, Stephen's parents drove in from Arizona and his sister flew in from Utah, so we were able to visit with them as well. It was fun to all be together.

Elisha had his first swimming in a lake experience. He didn't quite enjoy it. Stephen and I did though. It was nice to swim outside again and not totally freeze (not that we have swum in Ireland yet, we never want to, it is always too cold).

We also watched the world cup together.

The next church we visited was Forum Christian Church. Stephen used to be the music minister there and so he was able to lead the music the Sunday we were there. It was so great to see the church and to see how it is growing. We had a barbecue with the missions team later on in the week and gave an update on all that was going on with us. 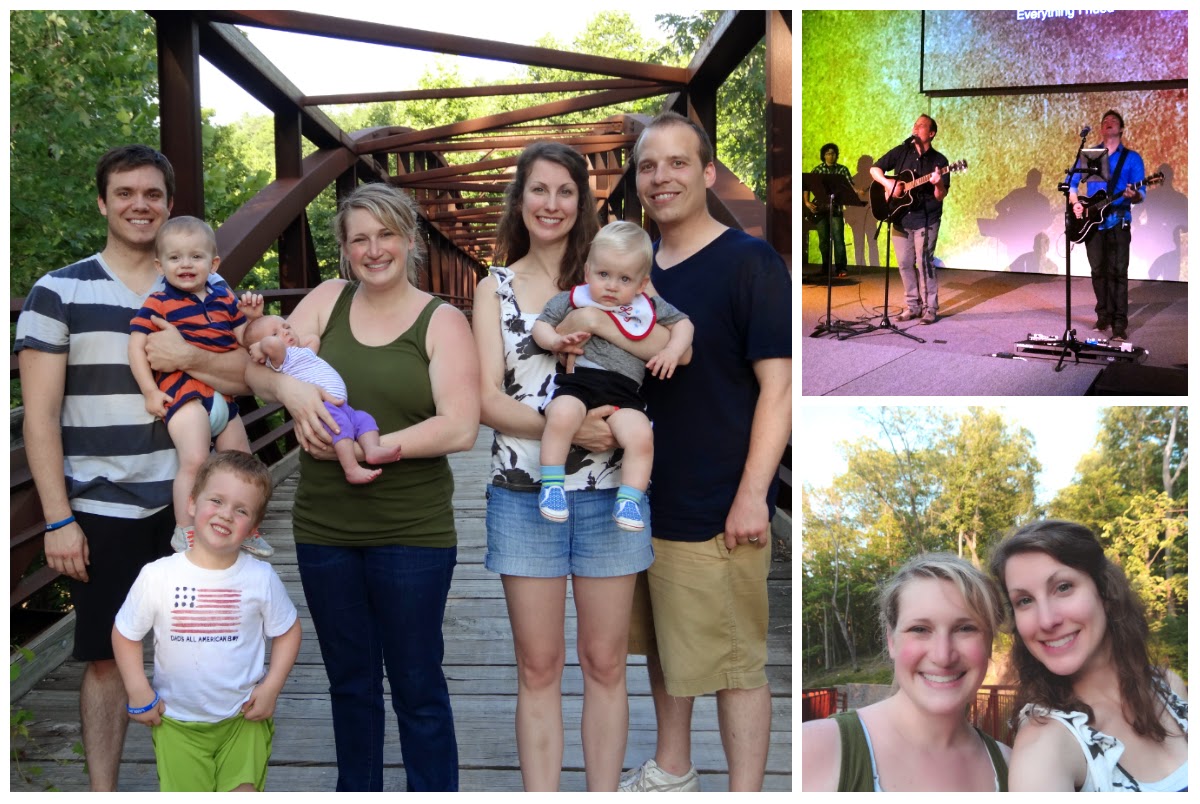 We were able to spend about a week with our friends Tyler, Katelyn, and their kids. Having four little ones together was fun.  It was great because even though we all have kids now, it seemed like old times being with them again. We spent the fourth of July with them. I have to say, I was super excited to see fireworks again. Elisha seemed to like them as well. He was in awe at first and then fell asleep by the end of the fireworks show.

The next Sunday we traveled to Granite City Illinois for Stephen to preach at the First Christian Church there. It was nice to see everyone again. His Grandparents live there so we were able to spend the weekend with them. 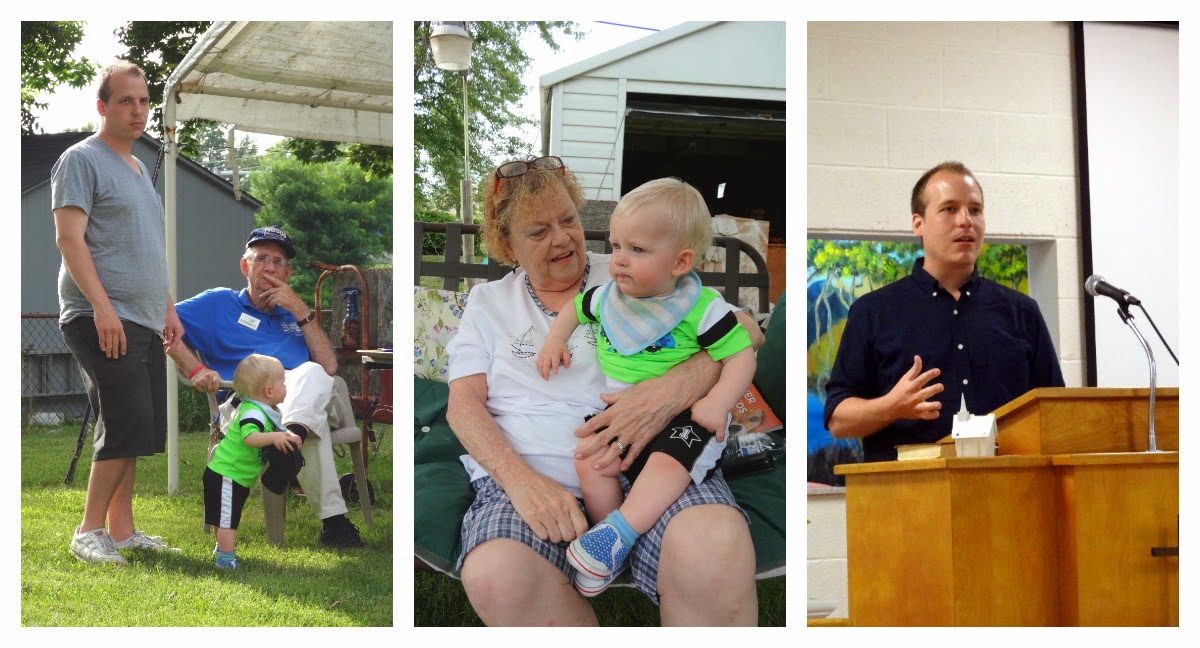 Then we traveled back to Missouri and we were able to stay with Stephen's other set of Grandparents.  They definitely enjoyed seeing Elisha. Also, that Saturday I was able to see my brother as he flew in to visit his girlfriend. We hung out in Columbia.

That Sunday, Stephen presented at Callao Christian Church in Callao, Missouri. It was nice to be able to see the whole church this time as before we had met with the elders.

After that, we traveled back up to Wisconsin where Elisha had his first birthday. Can't believe it was just a year ago that he came into our lives. What a special little guy. We had an American theme to his party as who knows how many American birthdays this guy is going to have. I made him a bald eagle cake. I am so glad it turned out. Elisha had his first cupcake. It was so cute. He would just break off a little piece at a time and eat it. Very civilized. Haha 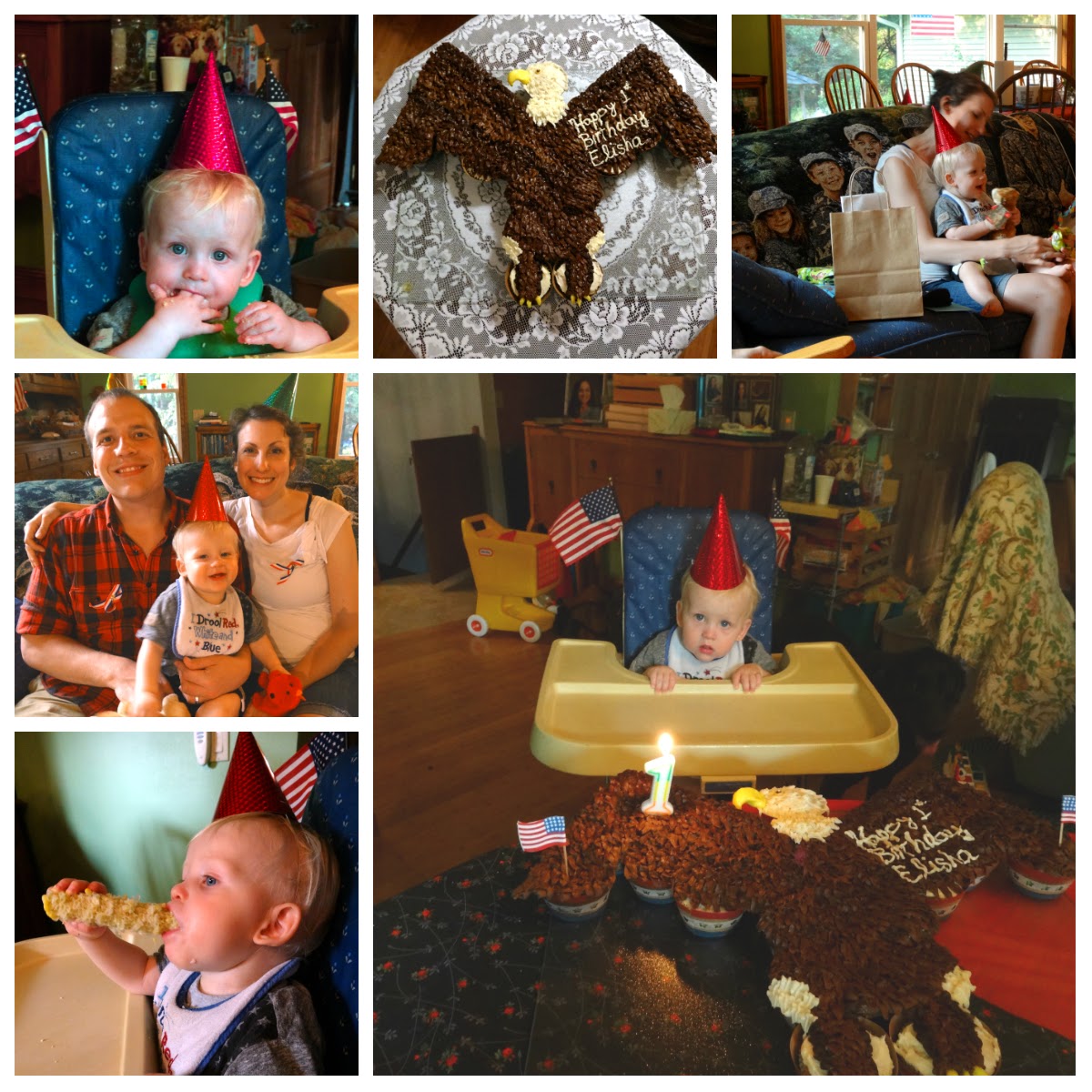 My youngest sister, Sarah, graduated from High School, so my parents threw her a graduation party while we were there. It was a great way to be able to see a whole lot of family and friends that we wouldn't have gotten to sit down individually with. 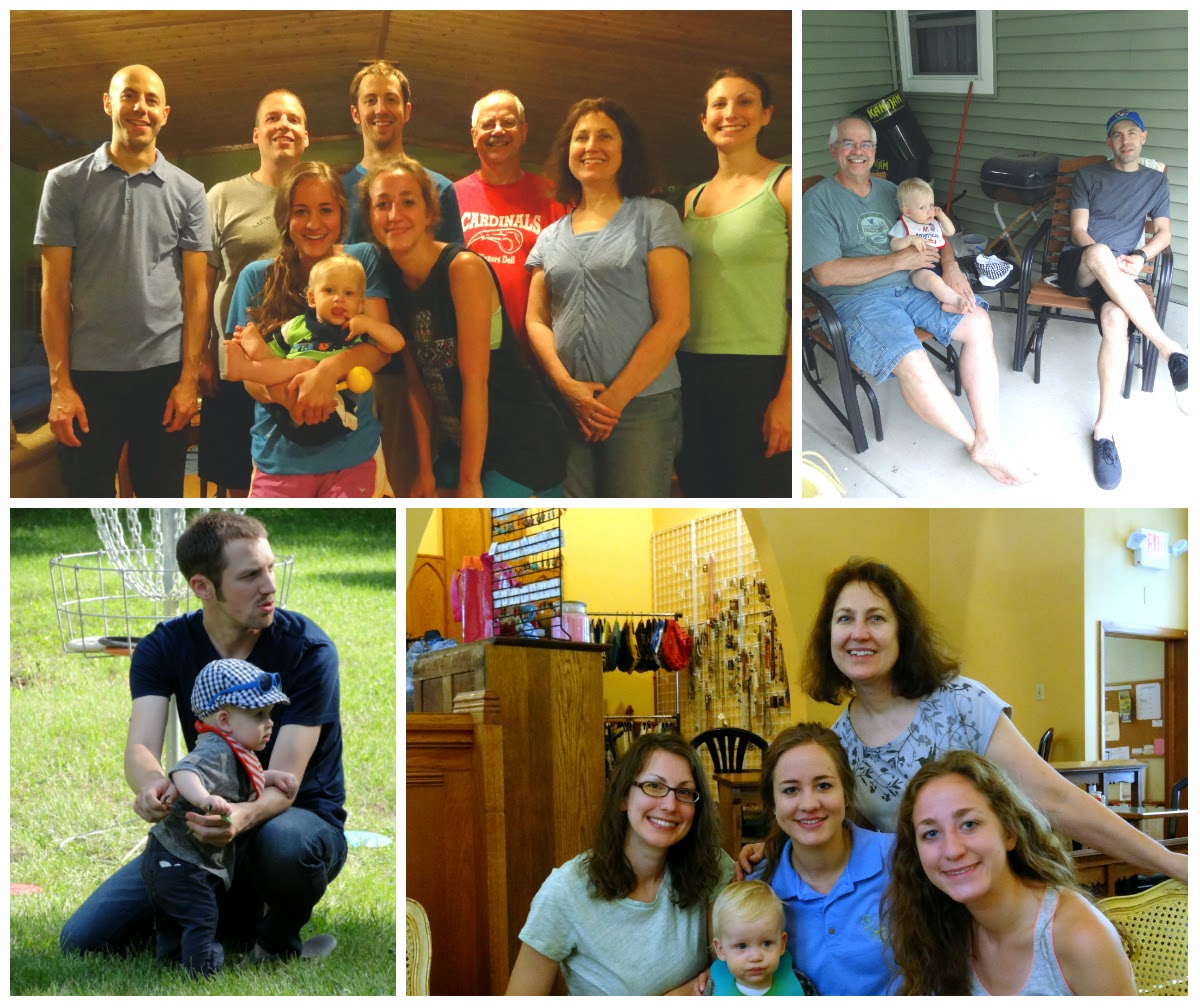 We went to Roxbury Church of Christ the last Sunday we were there. Stephen had the opportunity to preach and we met with the missions team for a bit after the services. It is always nice to see everyone.

Somewhere in all of this time and travels, Elisha learned to walk. Multiple people have claimed that he started to walk at their house, so I don't want to exactly say when I think he started walking. I'll just let everyone think that they got to see the special moment first. :) He is getting better and better at walking every day.

As I said before, it was so nice to be able to see everyone and to visit the churches that we did. We did not get to all of our supporting churches, but we hope to make it to the ones we didn't get to the next time that we are in the States.
Email Post
Labels: Babies Barbecue Beach Birthday Family forum christian church Friends Illinois Kontaktmission Missouri Roxbury Road Church of Christ Travel USA visiting Wisconsin